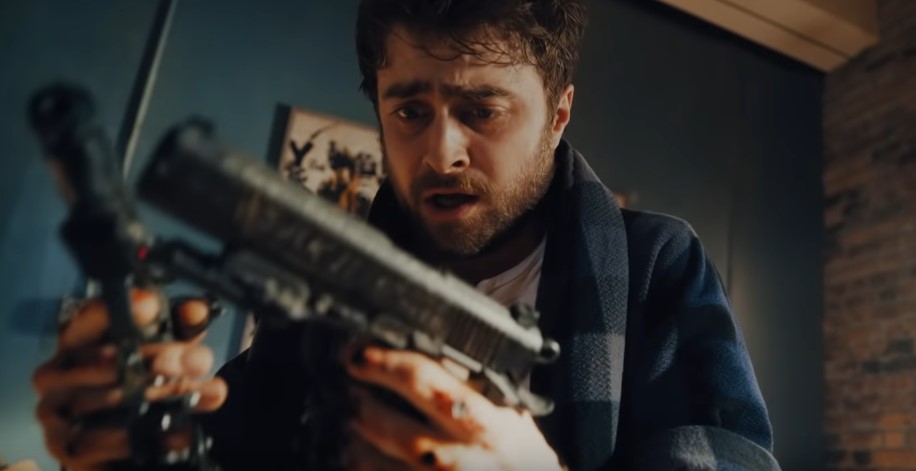 Back in 2018, a set photo was going around online of Daniel Radcliffe looking crazed, wearing a bathrobe and holding up two guns. This was actually for a film called Guns Akimbo, and though we haven’t gotten any significant update in the past few years, we now have the trailer.

Nerdy video game developer (Daniel Radcliffe) is a little too fond of stirring things up on the internet with his caustic, prodding, and antagonizing comments. One night, he makes the mistake of drunkenly dropping an inflammatory barb on a broadcast of Skizm, an illegal death-match fight club streamed live to the public. In response, Riktor (Ned Dennehy), the maniacal mastermind behind the channel, decides to force Miles’ hand (or hands, as it were) and have him join the “fun.” Miles wakes to find heavy pistols bolted into his bones, and learns Nix (Samara Weaving), the trigger-happy star of Skizm, is his first opponent.

The movie looks to be some kind of parody for several video games, and you could say that it looks like an R-Rated version of another movie coming out later this year—Free Guy starring Ryan Reynolds. Either way, this film has probably been in development for longer, and knowing the kind of kooky projects that Radcliffe has been undertaking ever since Potter ended, I’m all in for Guns Akimbo.