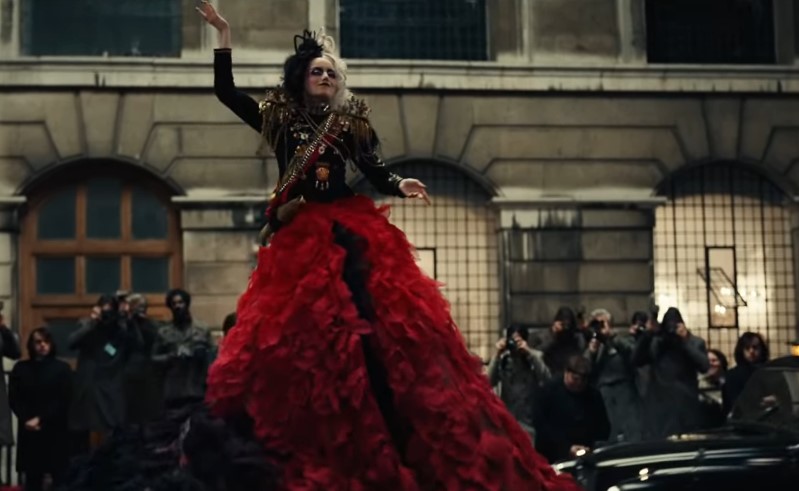 Disney may be gearing up for the premiere of The Falcon and The Winter Soldier this weekend, but there’s one more property they want fans to get hyped for. Just in, we have a new sneak peek at Emma Stone in the upcoming Cruella movie, and boy is this movie starting to look interesting.

While Cruella de Vil may be best known as the fur-loving would-be puppy murderer, this movie is looking to showcase here rise to power and passion for fashion. The trailer showcases how Cruella was able to rise to the ranks and become the villain we see in the animated film; plus she’s also brought along her thugs Horace and Jasper.

I think Emma Stone actually looks very fantastic in the role, and the scenes and outfits all look very gorgeous—like if Disney wanted to make their own Zoolander movie. If the trailer is going to look this colorful and devious already, I’m honestly excited to see what’s in store for the movie.

I’m just crossing my fingers that this doesn’t turn into a Maleficent situation and just gives us a true blue villain origin story—not unlike 2019’s hit Joker. Who says Disney can’t be dark?

“Cruella,” which is set in 1970s London amidst the punk rock revolution, follows a young grifter named Estella, a clever and creative girl determined to make a name for herself with her designs. She befriends a pair of young thieves who appreciate her appetite for mischief, and together they are able to build a life for themselves on the London streets. One day, Estella’s flair for fashion catches the eye of the Baroness von Hellman, a fashion legend who is devastatingly chic and terrifyingly haute, played by two-time Oscar® winner Emma Thompson (“Howards End,” “Sense & Sensibility”). But their relationship sets in motion a course of events and revelations that will cause Estella to embrace her wicked side and become the raucous, fashionable and revenge-bent Cruella.

Catch Cruella when it premieres on Disney+ on May 28.