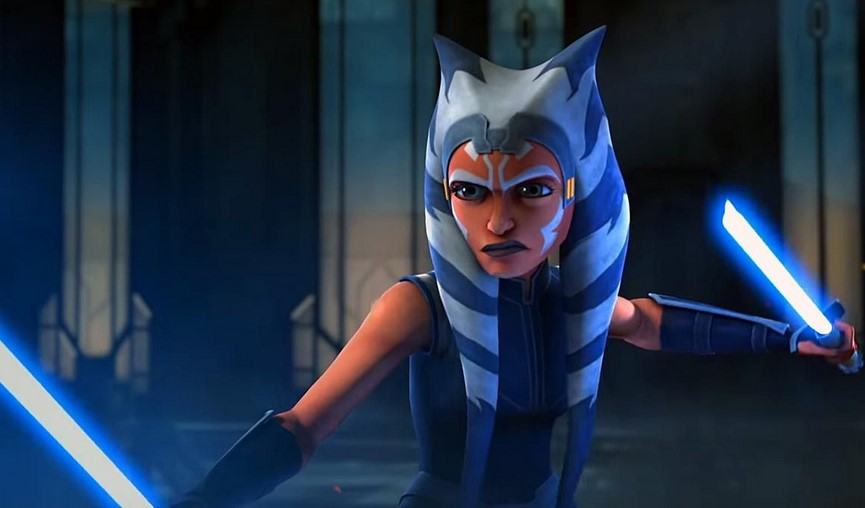 We have no idea what Lucasfilm plans to reveal for [email protected], but that won’t stop them from dropping some sweet promotional material. What’s great is, we have a new poster featuring Ahsoka and Vader, and it features the closest thing we have to a live-action Ahsoka.

While some were hoping that this is Rosario Dawson’s look in The Mandalorian Season 2, this doesn’t look to be the case. If anything, this was just a random model that they gave a really great Ahsoka outfit. It’s a great interpretation of her appearance in Rebels. If I had one gripe though, they should have fixed the headdress. I mean, they already tweaked it digitally, so they should have just fixed it so it would fall a lot more naturally.

We don’t know when we’re going to get a look at Dawson’s Ahsoka, but everyone is hoping we get a tease in the first preview for The Mandalorian 2. We don’t know when Lucasfilm plans to reveal that officially, but with a release date expected in October, they should be wise to start promoting it now. No details have been revealed for Ahsoka’s role in the show, but fingers crossed she gets to be relevant for a full episode. It would suck if we built all this hype on her live-action debut only for her to appear in one scene.

If anything, Dawson is expected to really pull off Ahsoka in this show. Word has it that Disney wants to build a series around her, but they’re making her do these guest appearances first to gauge if they should push forward with an Ahsoka-centric series.

Catch The Mandalorian 2 when it hits Disney+ this coming October.