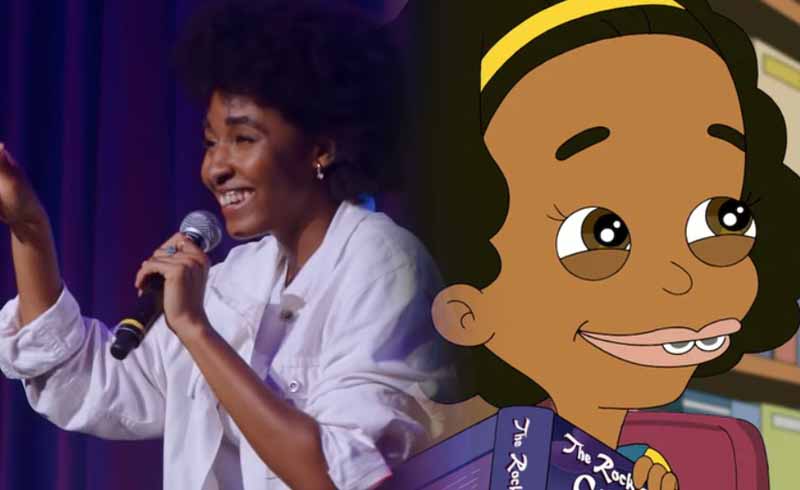 A few months ago, Jenny Slate had announced that she would be leaving the role of Missy in Big Mouth to give room for someone of the right ethnicity to take over the role. With more seasons still being planned, it looks like Netflix has found someone to take over for Slate.

According to Variety, the role of Missy will now be taken over by writer, producer, and comedian Ayo Edebiri. Not only will Edebiri be taking over for Missy, but it’s said that she has also joined the writers room for the fifth season of the show—a job she was hired to do first before they asked her get into the recording booth.

Edebiri had this to say about taking over the role:

“I was definitely a very uncomfortable child, so I think the show speaks to that and a lot of those feelings, which still resonate with me as an adult… I’m back home in my childhood bedroom right now and on my bookshelf in between ‘A Series of Unfortunate Events’ is Bill Clinton’s autobiography and Nelson Mandela’s autobiography and a translation of ‘The Iliad’ in Latin. I was a true dork. So I don’t think I have to go too far to connect with Missy.”

With this being the case, I have a feeling that they are going to explain Missy’s change in voice actors in-show. Maybe her voice cracks after a surgery, or maybe it’s part of her puberty; I just think it’s great that they’re going the extra mile rather than just replacing Slate like that. She may not have been the right ethnicity, but she brought a lot to the character of Missy that I really liked.

I’m still in the camp that believes voice actors can take on any role regardless of race, age, or gender; I just think they should offer more job opportunities for POCs moving forward rather than just have these ‘apologies’ from people who ‘miscast’.

Big Mouth Season 4 has no release date yet, but will debut on Netflix sometime this year.