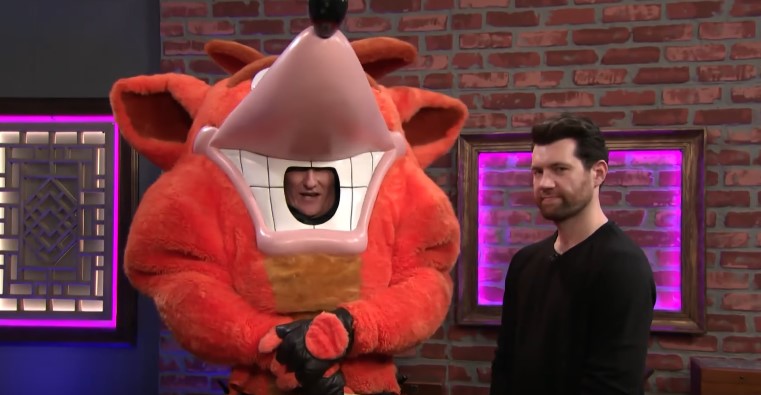 Vicarious Visions had some great success with their remaster of the Crash Bandicoot trilogy back in 2017, and the gaming community is now hyped for the return of Crash Team Racing. The game has found itself in a segment of Conan O’Brien’s Clueless Gamer, and Billy on the Sreet’s Billy Eichner was asked to tag along.

Admittedly, they spend a good chunk of time just trying to get the console to work, and we only get to watch Conan and Billy try out two races before the video ends. I’m sure some fans would have loved to see some more silly critic of the game itself, but Eichner’s “Wait for me, I’m gay,” line is gold.

Also a treat for the 90s kids, they brought back the Crash Bandicoot mascot which Conan gets to wear at the end of the video. Besides promoting the game, he also had to plug The Lion King remake which comes out in July; Eichner has been cast in the film as the new voice of Timon (Seth Rogen is voicing Pumbaa).

Crash Team Reacing: Nitro-Fueled will be available for Xbox One, PS4, and Nintendo Switch on June 21.