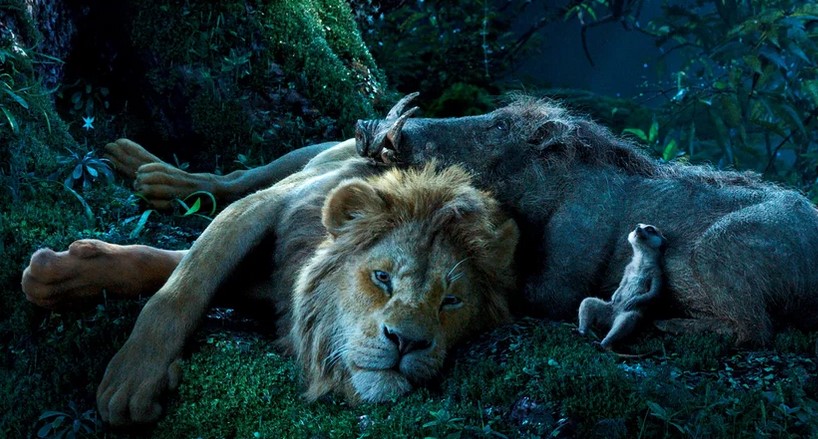 Though the project that Jon Favreau is getting attention for this year in Disney+’s The Mandalorian series, he’s also on the helm of the CG-action remake of The Lion King. The movie is set to come out this July, and thanks to Entertainment Weekly, we have a bunch of new fantastic stills.

Though the movies do make money, Disney’s remakes of classics have always been received with disdain from fans. I, however, have faith in Favreau’s direction. This is the same guy who launched the MCU with Iron Man; plus, out of all the Disney remakes, I think his Jungle Book was the only one that managed be just as good, if not better, than the original.

Favreau explains his approach when it comes to remaking The Lion King:

“It feels like we’re restoring a classic historic architectural landmark — how do you update it without changing the personality of it? How do you take advantage of all the new technological breakthroughs but still maintain the soul and the spirit of the original Lion King… I think this film is a culmination of all the live-action adaptations that Disney has done of their animated classics. The idea of taking these characters and this music, just as the stage play took it, sticking closely to the story but reinventing it for a different medium… I thought that this technology would be separate enough from the animated film that it felt fresh and new, yet completely related to the original. And by the time Jungle Book was done, we had a lot of facility with this technology, so you’re hitting that part of your stride where you’re saying, ‘Now, what can I really do with this?’”

If you’re still not having doubts, I guess there are specific things that you can appreciate when it comes to Disney’s remakes. For one, the production value is always high. Also, this is just me, but I’m always eager to see new takes on classic musical numbers from the original films.

Catch The Lion King when it comes out July 18.