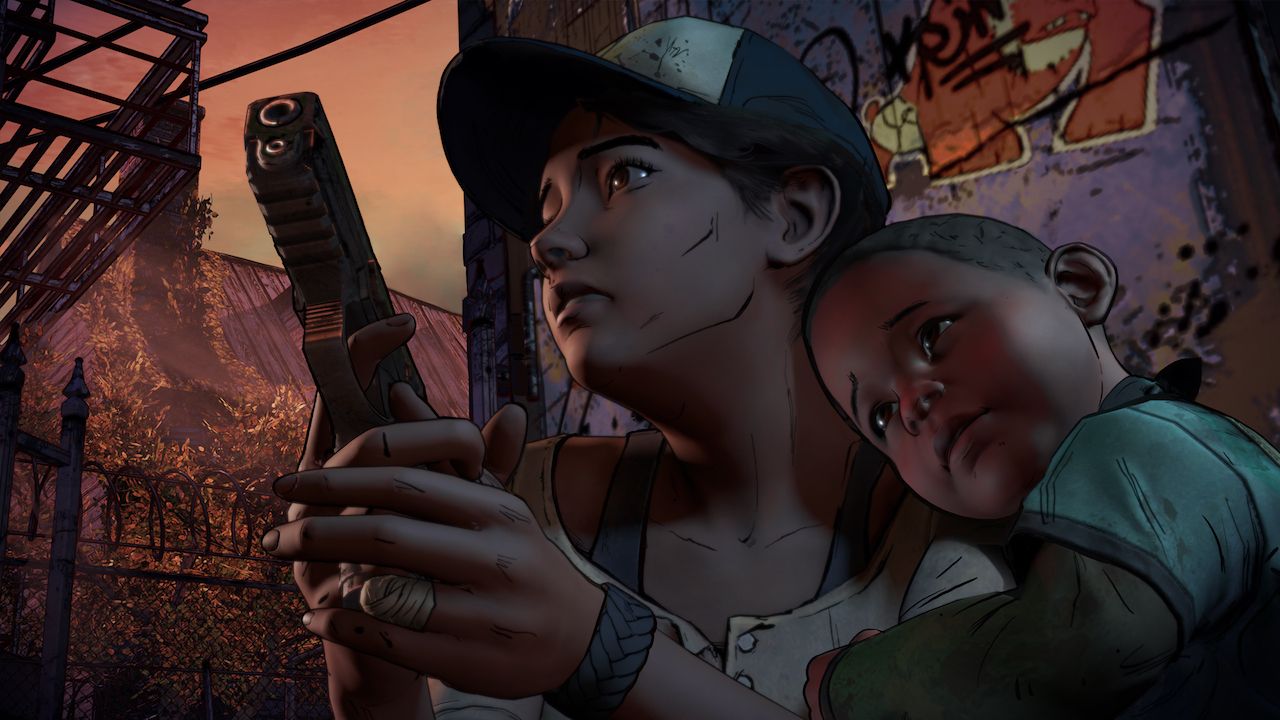 Has it really been 4 years since Telltale’s The Walking Dead took the world by storm? Anyone else feeling old at the realization that Clem is all grown up? The studio debuted Season 3’s first extended look at The Game Awards. For the most part, the trailer is absent any familiar faces. But waiting ’til the end is beyond worth it. Lee Everette’s student/daughter-figure has officially taken the role of teacher. It’s moving to say the least. The game can’t launch fast enough. Check out the first trailer below:

The trailer doesn’t give us much Clem at all, honestly. Instead, we’re introduced to Javier and his family. When Season 3 was announced, Javier was revealed to be playable character. Don’t worry, though, emphasis will still be placed on Clem’s story.

When this chapter picks up, entitled A New Frontier, it’ll have been four years since the events of Season 1. Clem is now a teen, still. not. bitten, and remains the ultimate survivor.

“When family is all you have left… how far will you go to protect it? Four years after society was ripped apart by undead hands, pockets of civilization emerge from the chaos. But at what cost? Can the living be trusted on this new frontier? As Javier, a young man determined to find the family taken from him, you meet a young girl who has experienced her own unimaginable loss. Her name is Clementine, and your fates are bound together in a story where every choice you make could be your last.”

Season 3 hits PC, consoles, and android/iOS devices on December 20 for its worldwide digital release. Each episode costs $4.99 or you can purchase a season pass for $24.99. If you’re one of those fans who prefers to wait until they’re all out before diving in, a physical release is coming February 7, 2017. By then, presumably episodes 1-3 will have launched, but you can grab the disc for $29.99 on PS4 and Xbox One and wait for the last few to become available. If you’re really that patient. What do you look forward to season as Clem grows and builds new relationships? Tell us your thoughts and theories in the comments below.