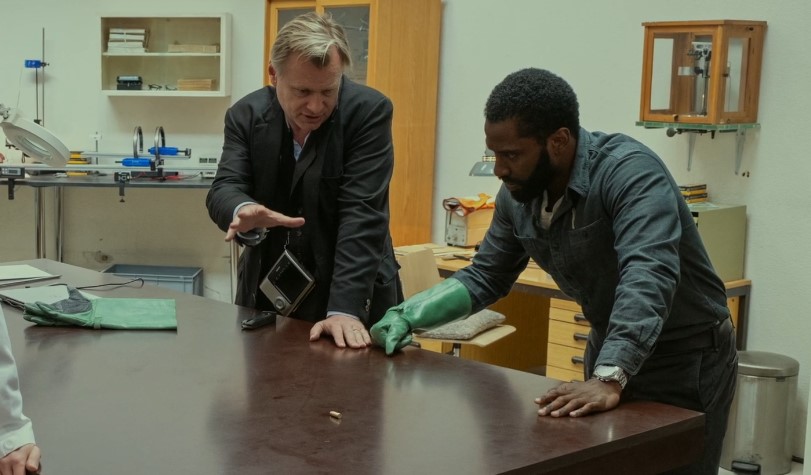 While a lot of people are excited to watch Robert Pattinson’s Batman kick criminal ass next year, R. Patz is going to be appearing first in Christopher Nolan’s action sci-fi thriller, Tenet. The movie had just opened in select cinemas, and WB has dropped an exclusive behind-the-scenes featurette.

The very fascinating thing about the marketing for this film is that we can get a 9-minute look at the movie and still not find out exactly what it’s all about. We know that time travel is an essential element of the plot, and John David Washington’s character is an agent of this secret group; but so far every other character is a mystery, and we have no idea what Pattinson’s character wants out of Washington’s.

Like every other Nolan film, Tenet is expected to be a must-watch because of the spectacle. While the big setpiece that’s being hyped up is the actual crashing of a 747, I’m more interested to see these ‘Inversion’ fight scenes where time seems to move forward and back while guys shoot at each other. While it could be attributed to some tricky editing, it looks like Washington also had to do some of his time-altering moves IRL.

While some people think that WB should wait longer before they release the film, they really needed something to release bring cinemas back to life. Hopefully your local cinema had taken some precautions against the global pandemic. If not, I think it’s best just to stay at home for now.