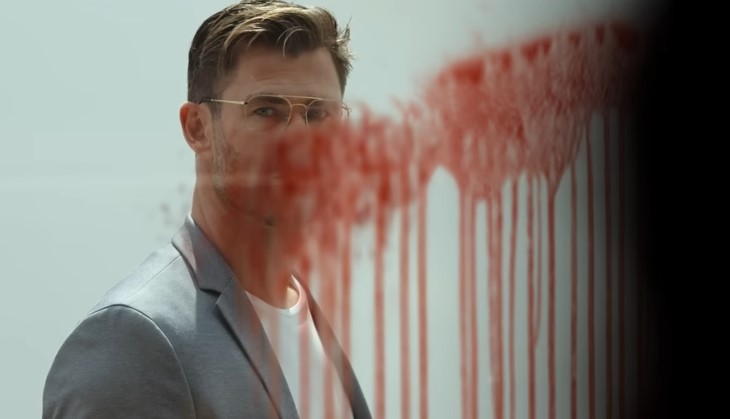 Chris Hemsworth may have built a brand around himself by playing the ‘Himbo’ character, but every once in a while he gets to play some more out-of-type characters. He played a Manson-type in Bad Times at the El Royale, and now he’s some kind of tech genius with ulterior motives in Spiderhead.

This is set in the near future, when convicts are offered the chance to volunteer as medical subjects in hopes of shortening their sentences. When one prisoner finds himself the test patient for a new pharmaceutical capable of generating feelings of love, he begins questioning the reality of his emotions and sets out to discover the truth.

The movie feels a lot like Ex Machina with Hemsworth playing the role of the scheming scientist. The entire film is actually based on a short story by George Saunders published in the New Yorker called Escape from Spiderhead.

You have to hand it to Netflix for landing the release window. Not only is Spiderhead directed by Joseph Kosinski who directed Top Gun: Maverick, but the movie also stars Hemsworth who has Thor: Love and Thunder coming out in July; and Miles Teller who not only stars in Maverick, but also has another critically acclaimed series on Paramount+, The Offer, airing right now.

With Netflix getting such bad press recently, the only thing that looks to be able to save the platform is quality content—and hopefully Spiderhead delivers.

Spiderhead comes to Netflix on June 17.