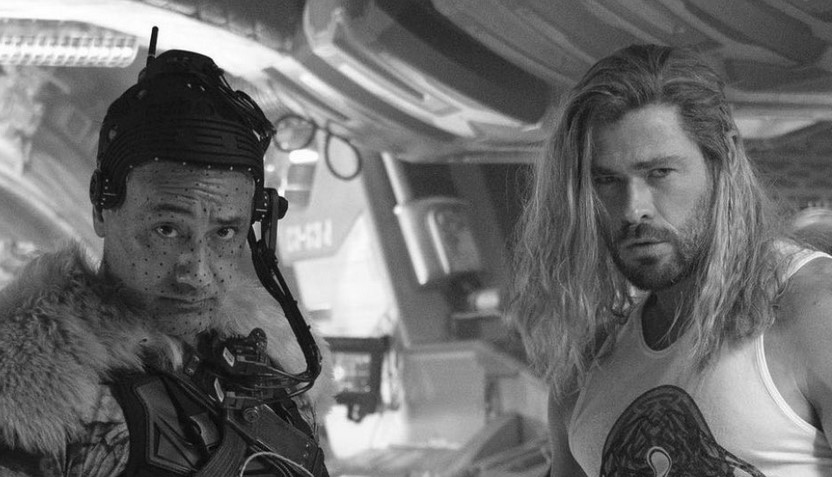 A rumor may be going around that Taika Waititi is in trouble with Marvel/Disney, and while nothing has been officially confirmed, Thor: Love and Thunder has just crossed a major milestone.

As per Chris Hemsworth himself, the fourth Thor film has officially wrapped, and he shares this photo of himself alongside director Taika Waititi who is wearing what looks to be his Korg get-up. Check it out:

While it’s no mystery that MCU stars like Hemsworth and Evans put in a lot of work on their physique for each Marvel film, this is probably the largest we’ve seen Hemsworth. If anything, he looks like he jumped right of an 80s comic, what with those massive arms.

As for Waititi, it looks like they’re going to go a different approach when it comes to his performance as Korg. Before, we usually just see him in a mo-cap suit when he’s filming the part, but now it looks like he’s in full hear, with mo-cap dots on his face. It’s likely the character will still be fully CG, and I guess the costume is lighting reference for the VFX artists; if they’re going to mess with Kord’s height though, it’s funny to think that he’s lost weight as well ever since his days just eating junk food and playing video games in New Asgard.

We don’t have an official plot for Thor: Love and Thunder yet, but the story is said to be a ‘passing of the torch’ from Thor to Jane Foster (Natalie Portman), who will be taking on Gorr the God Butcher (Christian Bale).