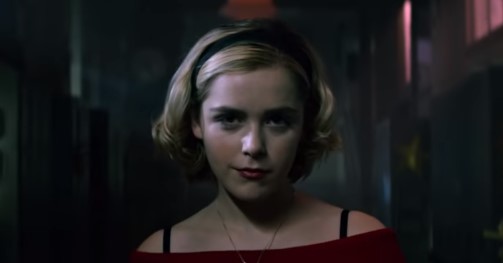 The first episode of Netflix’ Chilling Adventures of Sabrina would be dropping this week. Undoubtedly, fans of the Archie comics the series is based from can barely wait for the premiere. Fortunately for them, even before the show’s debut, a second season has already been greenlighted. Moreover, the cast and crew of the program have already hinted on what is in store for Sabrina and the rest of the Spellman family.

In a recent interview with Bloody Disgusting, Kiernan Shipka, the actress who plays the titular Sabrina, revealed that the cast is already knee-deep in shooting Chilling Adventures of Sabrina season 2. While her schedule has been incredibly hectic, Shipka gushed about her experience on set. According to the Mad Men star, the role is an incredible opportunity. It doesn’t hurt that filming has been enjoyable as well:

“We went straight into the second season from the first and it’s been really so exceptionally fun to film, especially given the fact that I feel like we’re already in such a rhythm from coming out of the first season that to jump right into the second one was really, really fun and just a great opportunity to keep the momentum going. We definitely… Sabrina definitely changes and shifts a lot. Her growth is very evident and the second season definitely has a different spin on it than the first season. They’re very different from each other.”

Being very careful about spoilers, Shipka explained in the same interview that the season one finale would leave a lot of questions that needs to be answered. As such, the second season would be relatively different than the series’ pilot run:

“I would just say that, without giving too much away, because it would be a bit of a spoiler, the way that Sabrina’s life takes certain turns and certain decisions she makes inform the second season. The finale of the first season sets up a lot. It goes in a different direction. We see more different characters. It deals with a different side of things.”

Chilling Adventures of Sabrina was based from a character/spin-off from the Archie comics universe. With that said, a lot of fans are hopeful that a Riverdale/Sabrina crossover is something that could happen in season two. It only makes sense – the two shows share a showrunner – Roberto Aguirre-Sacasa. Thankfully, Sacasa isn’t closing any doors. He is very much open to see the Spellmans mingle with Betty, Veronica, Archie, and the rest of the gang:

“On Riverdale they are like ‘we can’t crossover because we don’t have supernatural stuff on Riverdale.’ And that’s true… But I always say that the Riverdale kids on a dare could like break into the haunted house in Greendale and it’s ya know the Spellman house on Halloween. It’s about finding the right story and the right time. I think right now the big priority is launching Sabrina as its own thing and making sure that Riverdale as gonzo as it’s ever been.”

Chilling Adventures of Sabrina is scheduled to premiere on October 26, 2018.