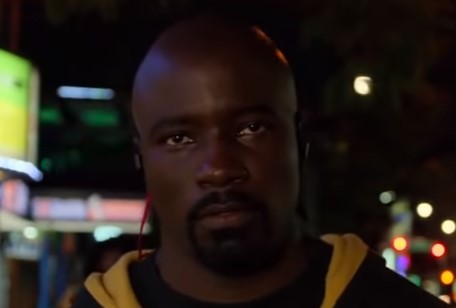 In the last few years, Marvel fans have been spoiled with a lot of content starring their favorite heroes. On the big screen, the studio has been coming up with at least one big feature once a year. On the boob tube, five Marvel series have been simultaneously on air. Unfortunately, this golden age of Marvel seems to be coming to an end as yet another series has been cancelled.

“Unfortunately, Marvel’s Luke Cage will not return for a third season. Everyone at Marvel Television and Netflix is grateful to the dedicated showrunner, writers, cast and crew who brought Harlem’s Hero to life for the past two seasons, and to all the fans who have supported the series” read the joint statement.

Not a lot about the reason for the cancellation has been made known. According to an insider, the decision of the studio came after creative differences within the production of the show. There is also speculation that the viewership of Luke Cage was less than what Netflix had hoped for. Unfortunately, Netflix doesn’t release their viewership statistics.

Amidst the news, Luke Cage’s showrunner, Cheo Hodari Coker, has since addressed the show’s cancellation. In a tweet sent out in his official Twitter account, Coker seemed just as surprised as the fans. Nevertheless, he was thankful for his team and loyal Luke Cage viewers:

“A lot memories. A lot of individual thank you calls to make. Just want to say thank you to Marvel, Netflix, the best Writer’s room, cast, crew, the Midnight Hour, all those who graced the stage at Harlem’s Paradise and the most incredible fan base in the world. Forward always… “ read the tweet Coker recently sent out.

With only three remaining Marvel series on air, there is a lot riding on Jessica Jones, Daredevil, and The Punisher to do well. Thankfully, it seems like most of the shows know the urgency they are in and they are already shaking things up.

Earlier in the year during the recent New York Comic Con, Daredevil exec, Erik Oleson, explained that the third season of the show would be taking a different direction. He reveals that the upcoming premiere would see the show reflect the signs of the times:

“I wanted this season to be prescriptive of how we can defeat the rise of narcissistic tyrants who use our fears against us. I figured if Marvel was going to give me their flagship show, I was going to use it to say something meaningful” quipped Oleson during the New York City Comic Con panel.

Likewise, Jessica Jones is getting a new showrunner after Melissa Rosenberg stepped down in August. As of date, no word who would be replacing Rosenberg as the head of the series.