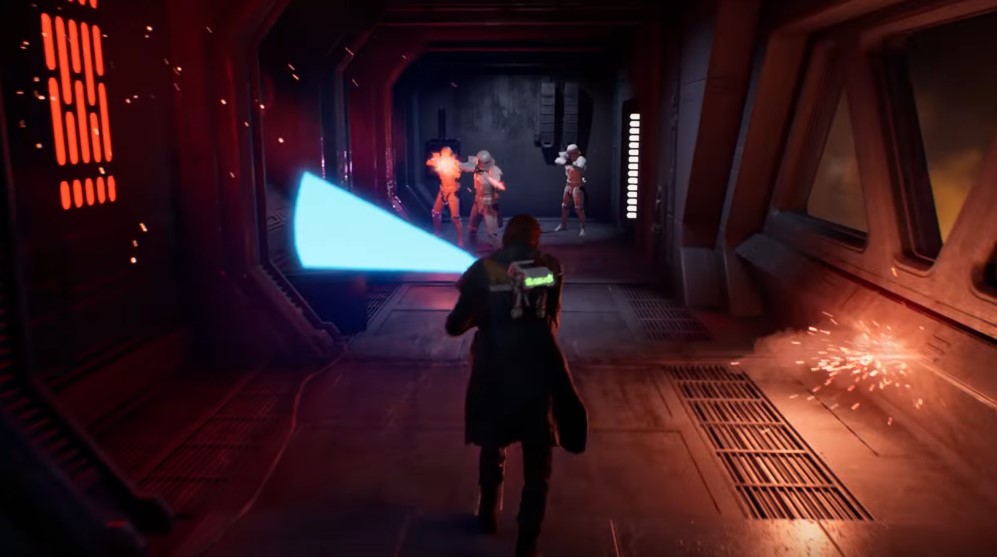 After Star Wars Battlefront II, EA is finally looking to expand on their Star Wars titles with Star Wars Jedi: Fallen Order. We had a look at some gameplay footage back in EA Play earlier this month, but now EA Star Wars has given us an extended look which details more on Cal Kestis’ mission on Kashyyyk.

Order 66 has been executed. Once, staying alive meant hiding your abilities. Now, you must embrace them. Use the Force to manipulate your environment, master lightsaber combat, explore dangerous terrain, and remain one step ahead of the Empire.

Though some may think this happens in the beginning of the game, it’s said that this mission actually takes place a few more hours in. I guess it was the best way to showcase more of the different types of troops. Also, I think some fans will be hyped about the return to a familiar planet.

This is just my speculation based on the trailers, but I think we might start out with Cal being a padawan. We learn a few basics with him and his master, then Order 66 takes place, Cal has to go into hiding, then the main story starts when he’s exposed as a Force user. I suspect this is the part of the game where we learn more about how to be sneaky.

For now, a lot of hype is building up for the release of this platformer. Hopefully it doesn’t disappoint, because after a fiasco like Battlefront II, EA does not want another misstep.

Star Wars Jedi: Fallen Order will be available for Xbox One, PS4, and PC on Nov. 15.