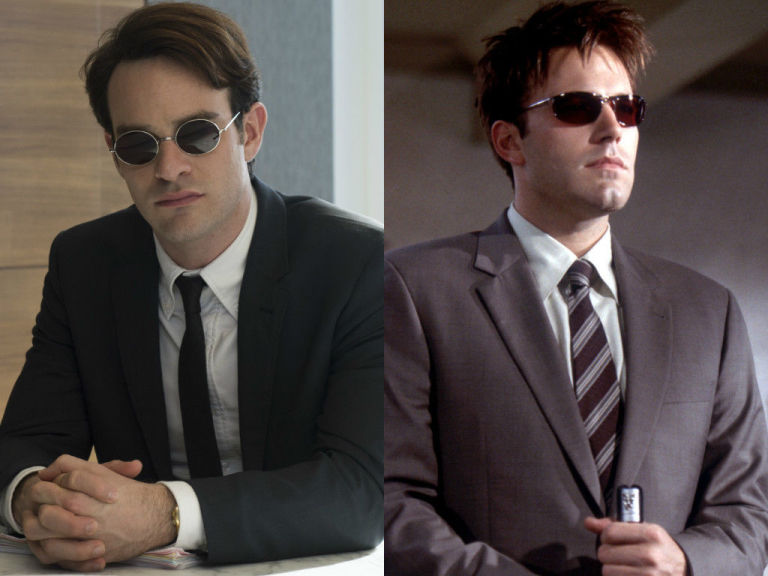 It has been more than a year since the Netflix released the second season of Daredevil. Needless to say, fans of the web series are already getting antsy for the third season.

Neither Netflix nor the production of the series has confirmed the premiere date for the upcoming season. Nevertheless,  the cast has been making their rounds. In fact recently, Daredevil himself spoke about the upcoming season and where he draws his inspiration from.

During the recent Comicpalooza event (via Comicbook.com), Charlie Cox, the actor playing the infamous Matt Murdock, spoke about playing the character. During the Q&A, Cox was asked about his opinions the widely panned Ben Affleck Daredevil.Laughing, the actor explains that this is not the first time someone asked him the question. Despite what critics say, Cox actually enjoyed Affleck’s version of Daredevil.

“Personally, I think… I’m just laughing because I get asked this a lot and sadly I’m going to say the same thing that I’ve said before. I happen to think Ben Affleck’s performance as Daredevil is fantastic. I really like his Matt Murdock.”

According to the actor, he took a lot of cues from Affleck’s Matt Murdock. The actor explained that while he didn’t enjoy the movie as a whole, Ben Affleck’s Daredevil was pretty spot on. It was just a matter of the movie not representing the comic book character well:

“So, I think he does a really good job. I don’t like the film. The original Daredevil film I don’t think that worked particularly well and the reason I don’t think it worked particularly well is that what we discovered with the show is that the tone of the character suits a slightly darker, more sinister feel. In my opinion the best Daredevil comics are the ones that are geared towards a slightly more mature audience and I think that what the show captures is that level of sinister, dark tone, I guess. But I like Ben Affleck’s Matt Murdock.”

In an interview with Collider, the actor revealed that his character has definitely evolved from the first season. He explained that the new showrunner, Erik Oleson, is focusing mostly on emotions and Fisk has evolved with the direction of the show:

“It’s hard to top the first season, with Steven DeKnight’s writing, but Erik Oleson (the new showrunner) is a very good writer. I’ve shot some pretty cool scenes, so far. It’s different, but it’s very Fisk. It’s still very emotional. The character is evolving. His whole deal is based on emotion, so we’re taking him down that role further.”

When asked for spoilers, D’ Onofrio tried to remain mum about Daredevil 3. He has only this to day:

“There are new focuses and new goals.”