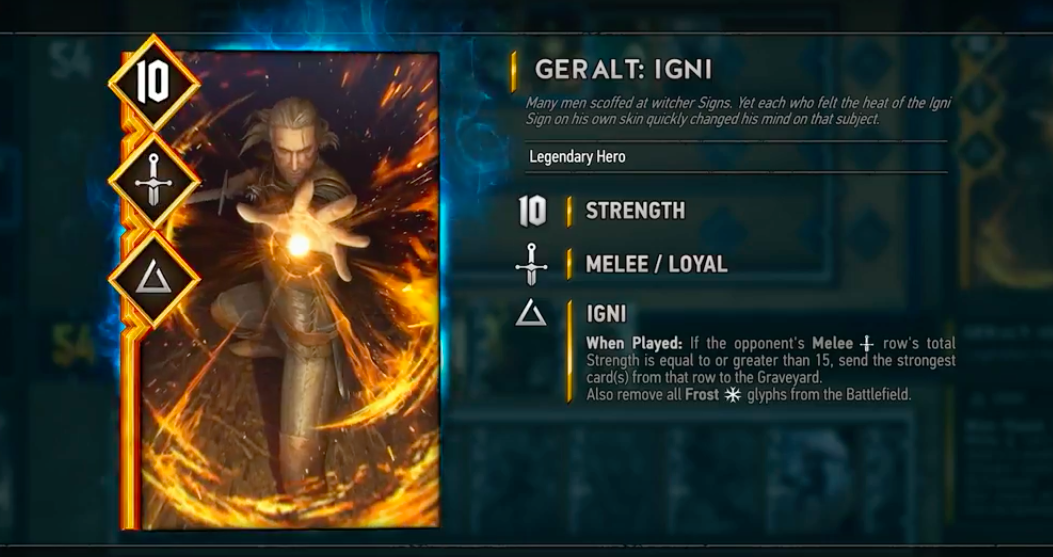 Yes! This. is. Awesome! Okay, now that the excitement is out of the way, CD Projekt Red has confirmed the rumors, which stated that a standalone Gwent game was in development. Entitled Gwent: The Witcher Card Game, the new title will be a complete multiplayer experience, with a solo campaign, for PC and console. In addition, the game will appear differently from what we are used to seeing in The Witcher 3, as the card game will be overhauled in terms of its look.

During Microsoft’s E3 presentation, the developer also announced a beta is scheduled to launch in September for PC and Xbox One players. However, at the time of posting, there has been no information on whether or not the beta will come to PlayStation 4. You can see the trailer for the game below, which shows Gwent’s new look, and bask in the awesomeness that will soon be unleashed.

The Dwarves will probably not be pleased with the upgrade, but who cares? This looks great! The game’s official logo was also revealed.