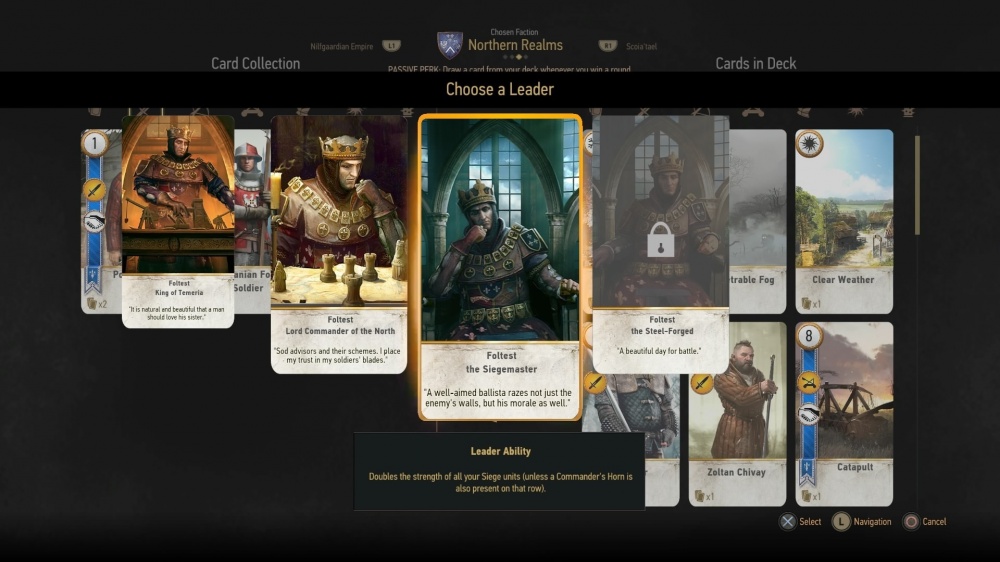 Fans of The Witcher 3 have been begging developer CD Projekt Red for a standalone Gwent game akin to Blizzard’s Hearthstone. Several weeks ago, it was revealed the studio had another game, aside from the Blood and Wine expansion pack, planned for release sometime this year. “Gwent” was shouted from the rooftops and the developer’s E3 announcement will likely shed light on our wishes and pleading finally coming to fruition, especially if a new trademark leak is to be believed.

According to a posting with the European Union Intellectual Property Office, spotted by NerdLeaks, CD Projekt Red filed a trademark for Gwent: The Witcher Card Game on June 6. You can see an image of the leaked logo below, as well as a screenshot of the page on which it was found, courtesy of NerdLeaks.

This is excellent unconfirmed news! Other media outlets such as IGN have reached out to the developer for a statement, but have yet to hear word back. The studio is probably holding their (Gwent) cards close to their chest so they can blow us away next week. However, it should also be noted that they have two other titles currently in development. Cyberpunk 2077 we’ve know about for a while, but the other unknown game is still shrouded in mystery — though hopes are high it will be a Ciri-led Witcher game.

Now the question is how this Gwent game will be distributed? As a console and PC release, an app, all of the above? Whatever it is, CD Projekt has garnered more than enough good will to have gamers worldwide sure that they will over-deliver on giving us yet another masterpiece.

What deck will you rely on while battling others in whichever form this Gwent game is released? Nilfgaard, the best choice, or have you warmed up to the newly introduced Skellige deck already? Let us know in the comments below.