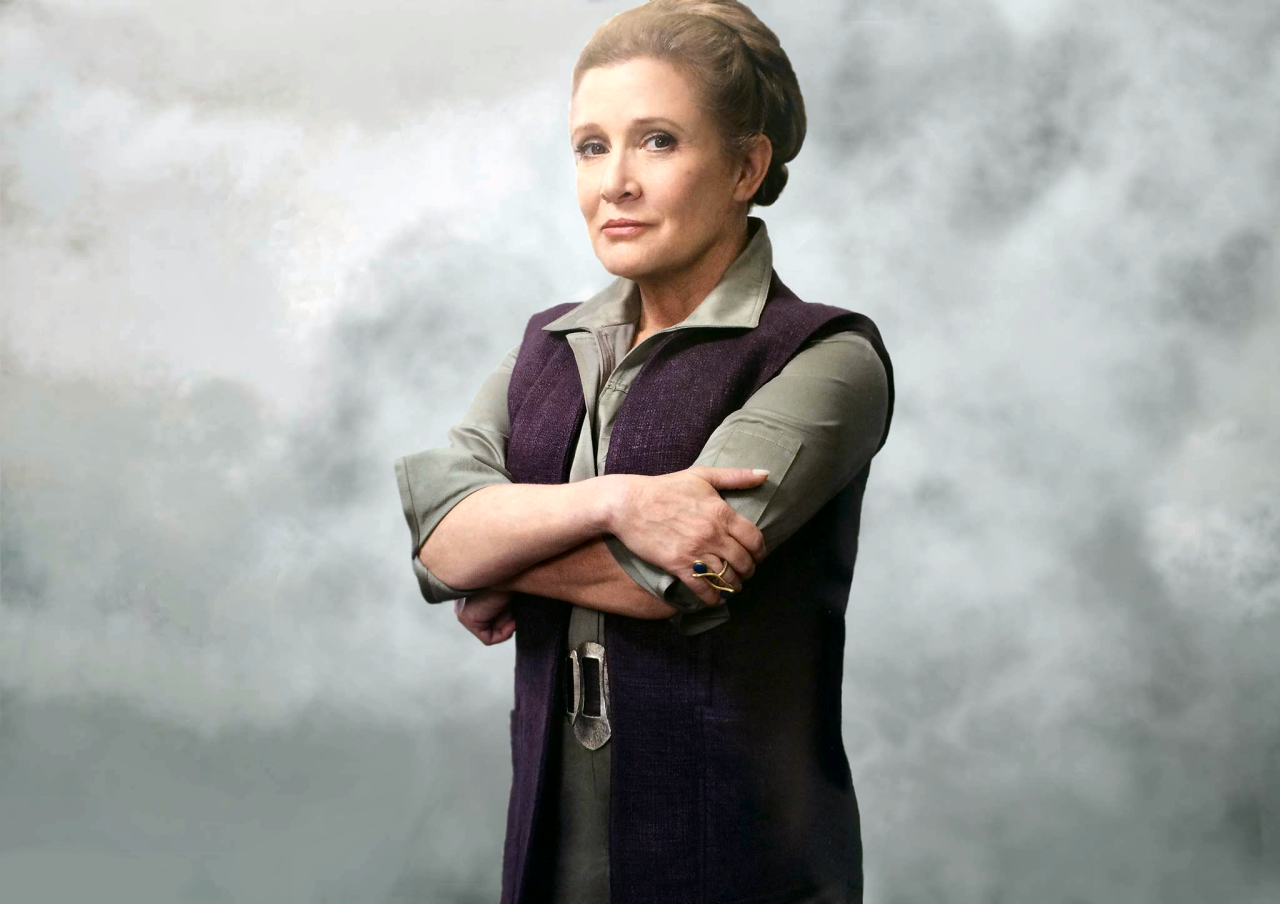 Following a ceremony celebrating Star Wars fan films, day three of this year’s Star Wars Celebration welcomed Princess Leia herself Carrie Fisher for an hour long panel. Moderated by Warwick Davis, Carrie Fisher: The Princess Diaries began with roaring applause for the arrival of Carrie and her adorable dog, Gary. With over 30,000 followers on Instagram, Gary is becoming a new fan favourite in the Star Wars family.

Warwick began by asking Carrie about her time filming The Force Awakens, to which she still instinctively replied “I can’t talk about that.” Upon realising she was now free to discuss the movie, Carrier touched on how it felt like getting the band back together.

“It was like a camp reunion. It felt good but we all looked a little melted. The character was more worried this time around, sending people off to battle as a General was the cause of that.”

In typical Carrie Fisher fashion, she also comedically mentioned her “baboon ass hair style” in the movie and how she couldn’t seem to escape bad hair days when filming Star Wars. She then touched on what it was liking working with The Force Awakens director J.J. Abrams and being a pop culture icon.

“He was very funny and great to be around. He knew everybody.”

“I’m always Princess Leia. Leia is Carrie and Carrie is Leia. I always get stopped by the name Leia, which is depressing but I always turn around.”

When Warwick pitched a question about the bridge between Return of the Jedi and The Force Awakens, and if J.J. Abrams filled her in on any of that information, Carrie got confused.

“What do you know of the period between the end of Return of the Jedi and the beginning of The Force Awakens?” Warwick asked.

She quickly corrected herself, saying, “The old one, oh,” and then talked about her “volatile relationship” with Han that had them “estranged.”

“We also had a child who turned out to be Hitler” Carrie said.

It appears then that Han Solo’s funeral takes place between The Force Awakens and Episode VIII, maybe in a comic-book. However, it would be strange to not see the send-off of such a huge character in the next movie.

The panel then transitioned into an attempt to take the most selfies in 60 seconds. They managed around 14.

Following that was a humorous recreation from the introductory scene Warwick and Carrie shared during Return of the Jedi. However, this time there was Gary on hand to offer protection as he barked Warwick off stage. His vicious savagery tore Warwick’s Ewok hat apart after it was thrown at him as a peace offering.

Carrie then took questions from the audience. When asked if Leia would get a new lover in Episode VIII, she responded:

The panel then wrapped up a few more questions about whether Leia still wore the famous gold bikini and what happened to surround that trip to the Wax Museum with Mark Hamill. So far at this year’s Star Wars Celebration, we’ve got new footage of Rogue One: A Star Wars Story, a trailer for the third season of Rebels, and there’s still the closing ceremony to go.