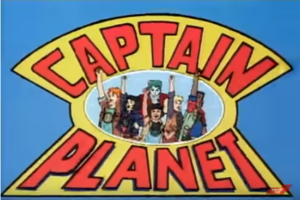 If you were a kid in the 90s, the only reason why you wouldn’t know who Captain Planet is if you were living under a rock for two decades. Captain Planet and the Planeteers is a DIC animated series that originally ran from 1990 – 1992.

Despite the short-lived lifespan of the original series, the show made a lasting impact on adult and kids alike. It is one of the very first cartoons that seriously tackled issues plaguing the environment.

It has been almost thirty years since the original run of the show was cancelled. Since then, there have been many attempts to adapt the show into a full-length movie. None have been successful so far. However, a lot of 90s kids are banking on Paramount Pictures and Leonardo Di Carpio’s Appien Way to resurrect the project.

The Captain Planet movie has been in development since 2016. Jono Matt and Glen Powell have been tapped to co-write the screenplay of the adaptation. Recently, Powell gave a little bit of teaser Captain Planet fans have long been dying to hear.

In an interview with The Hollywood Reporter as reported by Screen Rant, Powell, who is known for his role on Scream Queens and Set it Up, revealed that the Captain Planet movie they are crafting is nothing like the kiddie show most people remember. It is a lot darker and more self-aware than the television series:

“I mean they’ve tried to make it into a superhero movie before, but they kind of did like an earnest take and ours is way more subversive and fun and like dark and irreverent. Sometimes you have to think of these things logically. If you have a blue superhero with a green mullet, you can’t do like an earnest take on that. You have to go at it from a fun [direction].”

Currently, the production of the movie has yet to announce the director that would be at the helms of the project. It has also yet to be casted. Nevertheless, Powell assures Planet fans that the film is really taking shape. It wouldn’t be long until concrete news about it would hit the news cycle.

Captain Planet and the Planeteers isn’t the only “vintage” series getting updating in the next few years. According to reports, there Michael Bay is currently working on his very own Thundercats movie.

Like Captain Planet, Thundercats is a relatively short-lived animated series that originally ran from 1985 – 1989. As the name suggests, the show follows humanoid cat creatures as they try to save their dying planet, Thundera.

Rumors speculate that the current Netflix project Bay is working on, Six Underground, is nothing more than a cover-up for the Thundercats adaptation. According to a source from IGN, the whole press release and fan fare over the supposed Six Underground project was deliberately intended to surprise everyone when the Thundercats project is revealed.

Not a lot about the project is known. However, screenwriters Rhett Reese and Paul Wernick have been tied in to the Netflix production. Moreover, Ryan Reynolds has also signed on to star in the movie.