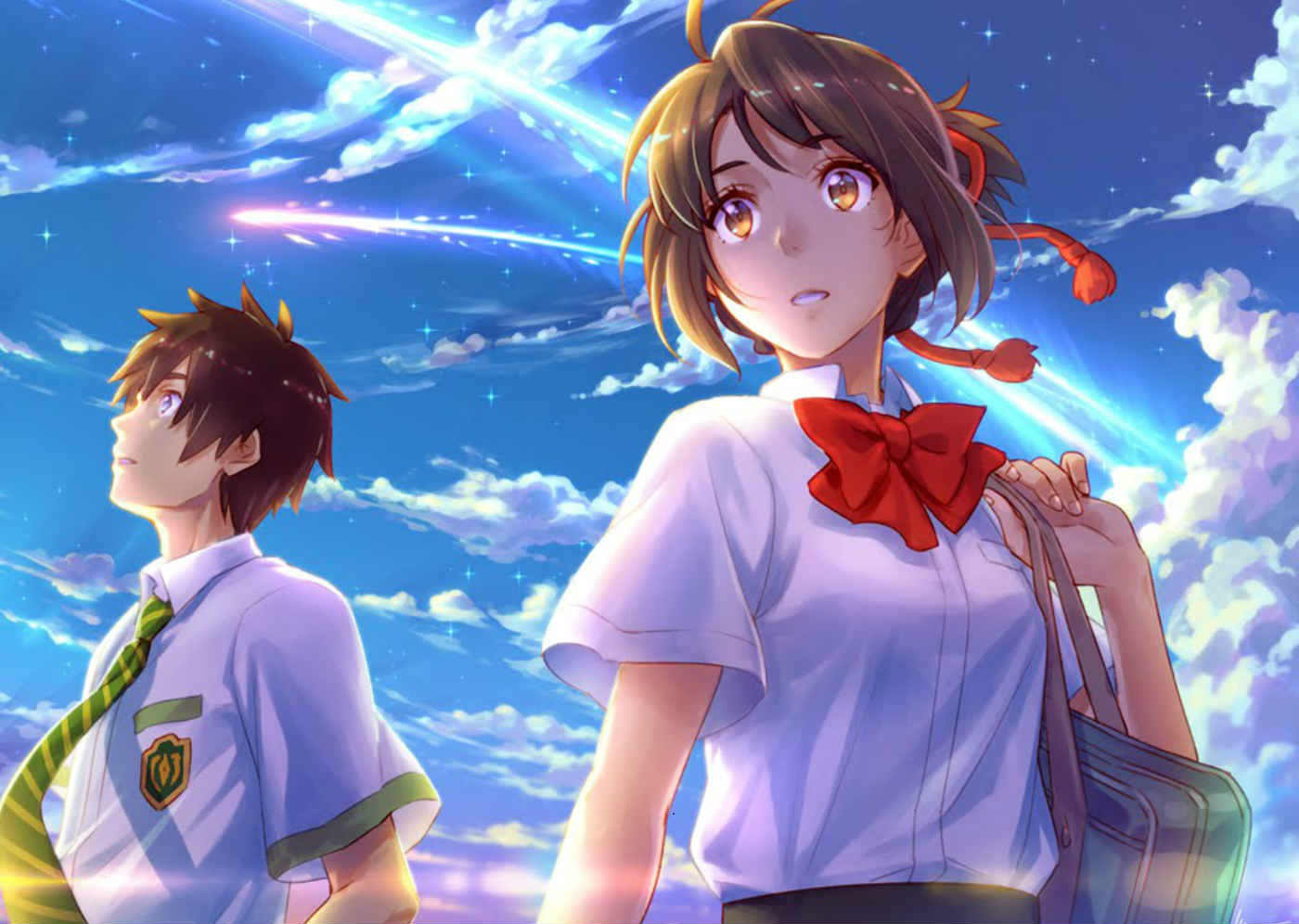 The Japanese Anime is hands-down one of the best films of this calendar. Your Name is a time travelling gender-swap animated classic which has become a box-office phenomenon. Makoto Shinkai’s film is the highest grossing anime movie at the worldwide box office, earning US$355M. In Japan, it earned ¥25.0 billion (US$303M) and held the top spot at the box office for a record-breaking 12 weeks (non-consecutive). The movie is also the highest grossing Japanese film to release in China to date, earning US$85.6M. If you haven’t seen it, then the Blu-ray and Digital Download is scheduled for an October release.

Now Paramount Pictures and Bad Robot have announced that they’ve won the rights to adapt the hit Japanese film romance for the big screen. The two companies will work with Japan-based Toho Co., Ltd., the producers of the acclaimed original animated film, to develop a live-action take on the story that has captivated audiences around the world over since its release in 2016. Toho will handle distribution of the film in Japan.

J.J. Abrams and Lindsey Weber will produce for Bad Robot, along with Genki Kawamura, producer of the original film. Academy Award-nominated screenwriter Eric Heisserer (Arrival) will write the screenplay.

“We are excited to collaborate with an extremely talented team in Hollywood,” said Yoshishige Shimatani, CEO of Toho Co., Ltd. “And to create with them a live action version of the iconic Japanese film YOUR NAME.”

“Just like in the film it feels like a dream” says Genki Kawamura. “Mr. Abrams and his team have captivated audiences in their masterful reinvention of known properties. And Mitsuha and Taki have found a perfect narrator, Mr. Heisserer, to tell their sci-fi infused love story which gave the film such drive. The meetings so far have been creatively stimulating with fantastic ideas that no doubt will make for a great movie. I am greatly honored to work with these incredible creators in bringing to audiences the Hollywood live action version of YOUR NAME.”

Your Name is an original story created, written, and directed by Makoto Shinkai, tells the story of a teenage boy and girl from different backgrounds who discover they can swap bodies.  They become desperate to cross space and time to find a way to meet and stop an impending disaster. The original film was produced by Genki Kawamura with Minami Ichikawa, Keiji Ota, and Yoshihiro Furusawa for Toho Co., Ltd. and Noritaka Kawaguchi for CoMix Wave Films serving as executive producers.