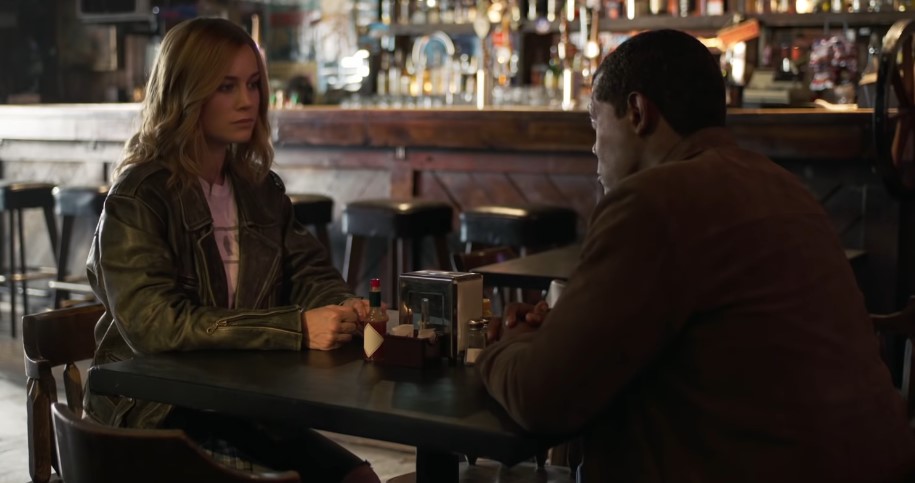 While everyone has their eyes set on the release of Avengers: Endgame, next month will give us another MCU film in the form of Captain Marvel. The hype is continuing to build for the release, and we have this fun clip of Nick Fury interrogating Carol Danvers and vice versa.

What’s fun is, we have a lot of neat backstory for Fury. We know that he worked in the military and was a spy for the Cold War. We also know for some reason that he doesn’t eat toast that’s cut diagonally. After all the complaints that Captain Marvel is kind of dull in the trailers, I think this is a little teaser that she still knows how to have fun.

While we would never really get a Nick Fury solo film, I think Captain Marvel will be as close as we get to his origin being told. We know that this Fury is based on the Ultimate comics version of the character, but it would be fun to see just how much of the original Fury was used for his characterization.

The story follows Carol Danvers as she becomes one of the universe’s most powerful heroes when Earth is caught in the middle of a galactic war between two alien races.  Set in the 1990s, “Captain Marvel” is an all-new adventure from a previously unseen period in the history of the Marvel Cinematic Universe.