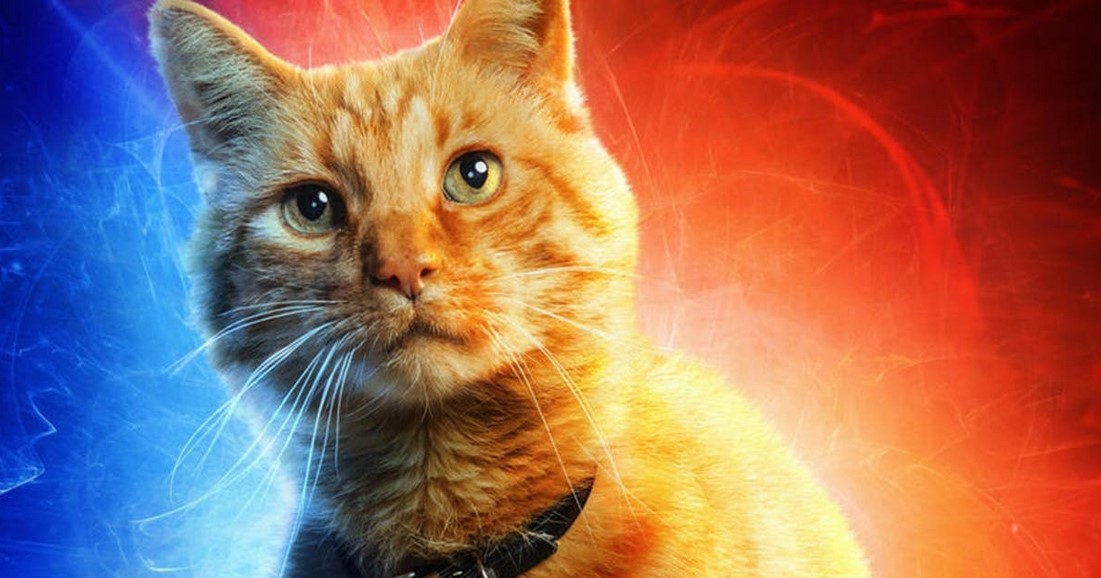 Avengers: Endgame may be the biggest Marvel film of the year, but the studio is going to focus on the release of Captain Marvel in the meantime. Some people who have been able to catch early screenings, and one character has apparently outshone everyone in the movie—Goose.

According to Collider’s Steve Weintraub, Goose the cat has stolen the show for Captain Marvel:

Hearing #CaptainMarvel screened. After it ended everyone was talking about the cat. Stole the show. Must. See. This. Movie. Stat. pic.twitter.com/WRozSmpbdX

In the comics, Carol Danvers’ cat was actually named Chewie (as in Chewbacca from Star Wars) and it wasn’t really a cat per say, but an alien that has access to an endless void of space. We don’t really know why they decided to rename the cat in the movie, but “Goose” is confirmed to be a Top Gun reference.

The trailers have also not confirmed the alien nature of Danver’s pet, but some leaked toys have shown Goose in a high-tech muzzle, possibly proving that he can be quite dangerous. It isn’t clear however, if it was SHIELD, the Skrulls, or the Kree that decided to keep Goose incapacitated.

Captain Marvel sidesteps the traditional origin-story template, and when it begins, Carol already has her powers. She’s left her earthly life behind to join an elite Kree military team called Starforce, led by Jude Law’s enigmatic commander. But before long, Carol finds herself back on Earth with new questions about her past. And she’s got a formidable enemy in the form of the Skrulls — the notorious Marvel baddies made all the more dangerous by their shape-shifting abilities. Ben Mendelsohn plays their leader Talos, who spearheads a Skrull invasion of Earth.