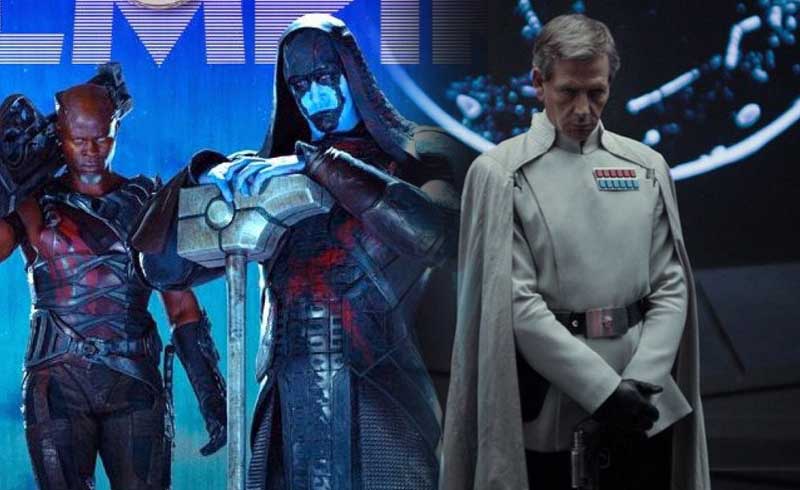 As promised, today saw a big reveal for Captain Marvel; not only did we get our first official look at Carol Danvers, but we also have a look at the Skrulls and confirmation of Ben Mendelsohn’s character.

According to EW, Mendelsohn is playing a Skrull named Talos, and he’ll be leading the invasion to Earth. In the comics, the Skrulls were notorious shapeshifters, so it would make sense that we would also see Mendelsohn in human form in the movie. It’s said that Talos will be working undercover as a SHIELD agent. No doubt he’ll be clashing with a young Nick Fury and Phil Coulson in the film.

The Kree will also be appearing in this movie, and MCU fans will remember Ronan the Accuser and Korath the Pursuer from Guardians of the Galaxy. Since this is a prequel, we actually get to look at the characters before they become Thanos’ lackeys.

It’s revealed that Korath was actually with Carol Danvers working for the Kree Starforce, and Ronan was said to be a ‘high-ranking member of Kree society.’ When we meet him in Guardians, Ronan has already been outcast by the Kree for his extremist views.

Only recently has Marvel been able to give us villains with a bit more depth, and it’s great that Ronan and Korath are making a return. Hopefully they end up more fleshed out with this film as compared to their treatment in Guardians of the Galaxy.

Catch Talos, Korath, Ronan, and the Skrulls in Captain Marvel when it hits theaters March 8, 2019.