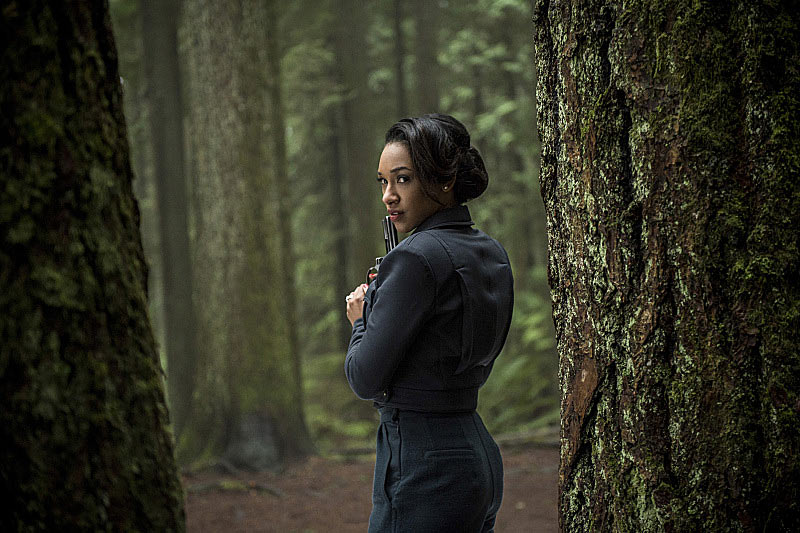 Iris West has warmed the hearts of The Flash fans, but especially did so in Season 2 when her Earth-2 doppelgänger proved to be supremely fantastic. That Iris was a detective, hardened on the job, but a softy when it came to adoring her husband, Barry Allen. This particular take on the character has audiences wondering what else is in store for her. With Supergirl officially crossing over into the Arrowverse and Jay Garrick’s reveal of his Earth-3, it’s only a matter of time before we see another version of the character. During a panel at a fan expo in Dallas, Candice Patton was asked what she would like to see of her Earth-3 doppelgänger. Her response is nothing short of amazing.

“I mean, I feel like she could be Amazonian,” Patton said as if she’d already thought of it ahead of time. Perfect answer, right? It could work. It would be a way of introducing that world on DC TV without having to even reference Wonder Woman. Her character could be one of the women of Themyscira that abandoned the island and its customs in an effort to seek life elsewhere. Maybe add a clever nod to the Princess that left home and never returned. Again, not having to directly reference Wonder Woman. Besides, who doesn’t want to see a superpowered Iris West?

You can watch the last portion of the panel in its entirety below. The question about Earth-3 begins at the 15:00 timestamp.

Now here’s the real question: Is Supergirl on Earth-3 or some other Earth number that has yet to be identified? The shows haven’t acknowledged it as such, but we’ve assumed that was what it had to be. However, since Jay Garrick is of Earth-3 and Supergirl has said she’s never heard of a Flash, we may be dealing with four Earths. Better for everyone if that is the case, it adds yet another opportunity to see an Amazonian Iris West.