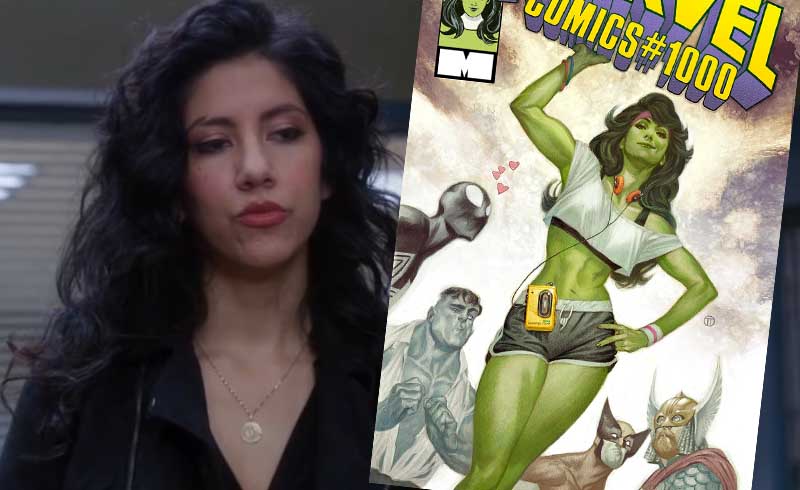 Marvel Studios is planning on making several series for Disney+ from Ms. Marvel to Moon Knight, and there has also been confirmation that a She-Hulk series is in the works. A lot of people have actually fan-cast Stephanie Beatriz (Brooklyn Nine-Nine) for the lead role, and she says that she would love to play the character.

Talking to Entertainment Tonight, Beatriz had addressed all the people wanting her to take the Jennifer Walters role, to which she said, “I would die to play that role… That is so flattering. That is one of the best characters in that universe.”

There’s also the case of She-Hulk having an Amazonian physique, to which Beatriz says, “I definitely have upped my workouts since reading some of those things… But also, [I think it would] be really exciting for fans to see some of these characters that we kind of decided are one thing, to sort of be imagined in a different way.”

In the comics, Jennifer Walters is a cousin of Bruce Banner who received a blood transfusion from him, this giving her a mild version of his condition. When Walters transforms into She-Hulk, she still has complete control of her personality, but she isn’t quite as strong as the Hulk. She does, however, also get stronger with rage.

What’s interesting about the She-Hulk character is that she actually prefers to stay green, and her form is permanent in the comics. It’s also worth mentioning that she’s a topnotch lawyer, and she mostly handles cases involving superheroes.

While we don’t have any further details on the She-Hulk show yet, I’m expecting some involvement with Mark Ruffalo in some way. After all, Bruce Banner has already taken a leaf out of She-Hulk’s book by staying permanently green. Let’s just hope that the budget is high enough for the CGI to match that of the films.

No release date has been announced for She-Hulk, but Disney+ launches in Nov. 12.