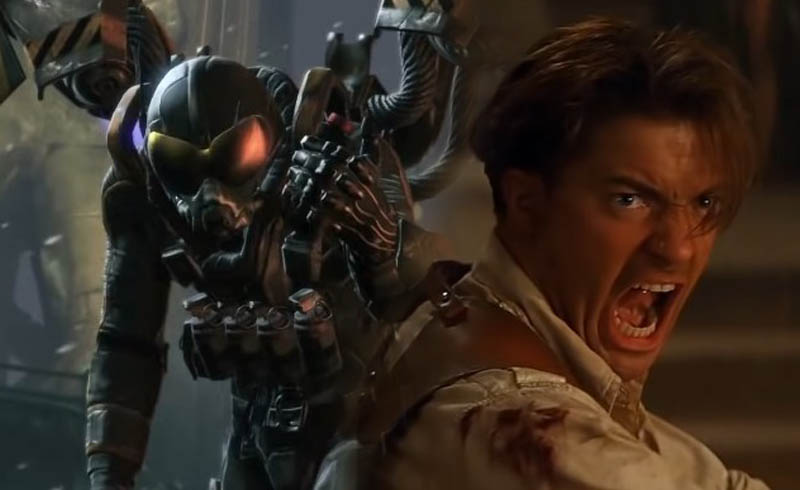 We’ve been getting a lot of set videos and photos of Leslie Grace’s Batgirl, but some are wondering when we’re going to see her villain Firefly played by none other than Brendan Fraser. Just in, we have a new set video which has Fraser’s character coolly walking out of fiery building—which we assume he set on fire.

Watch Fraser in the Batgirl set video down here:

If anything, we’ve yet to see the final form that Fraser’s Firefly is going to have. While we know that the character has a penchant for all things flammable, we know that he should also have the ability to fly. At this point, I’m kind of reminded of Spider-Man villain Vulture, but less on the stealing and more on the arson.

With Fraser’s brand all about being a nice guy, I’m curious as to how they’re going to make him out to be the villain of Batgirl. If anything, I would love a sympathetic villain, and seeing that this isn’t running the risk of releasing theatrically, I imagine that the filmmakers are allowed a little more room to experiment on characters.

With Blue Beetle getting the cinematic treatment, a lot of fans are kind of bummed that Barbara Gordon  won’t be getting the same. Hopefully we get to see her appear in the big screen down the line. After Birds of Prey, some DC fans are hoping that Harley gets to meet the Gotham City Sirens next.

As of now, no release date has been set for HBO Max’s Batgirl, but you can catch The Batman when it hits theaters on March 4.