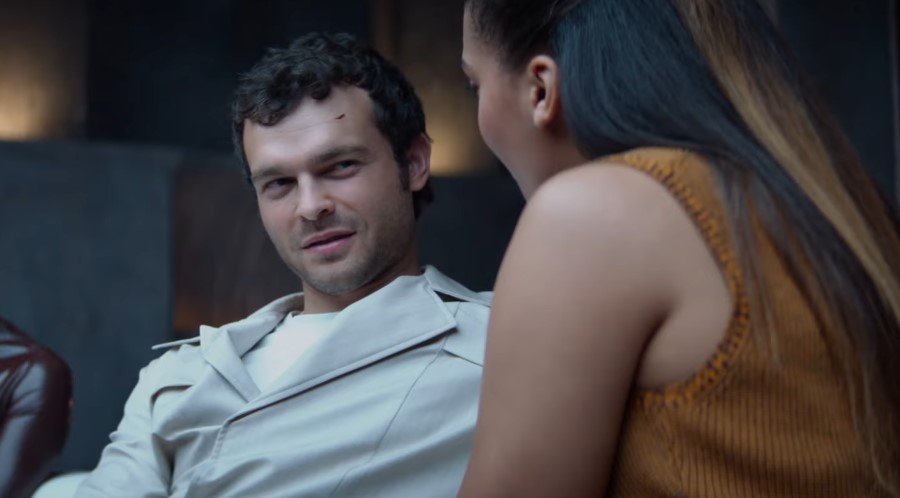 Aldous Huxley’s Brave New World is a 1932 dystopian classic, and the novel is getting an adaptation on NBC’s upcoming streaming service, Peacock. With a launch of the platform set for next year, we have a new teaser for the Brave New World series starring Alden Ehrenreich (Hail, Caesar!, Solo: A Star Wars Story).

Here’s also a description of the show (via Variety):

Brave New World” imagines a utopian society that has achieved peace and stability through the prohibition of monogamy, privacy, money, family, and history itself. As citizens of New London, Bernard Marx and Lenina Crowne have only ever known a rigid social order, a perfect pharmaceutical called Soma, and a culture of instant gratification and ubiquitous sex. Curious to explore life beyond the strictures of their society, the two New Worlders embark on a vacation to the Savage Lands, where they become embroiled in a harrowing and violent rebellion. Bernard and Lenina are rescued by John the Savage (Ehrenreich), who escapes with them back to New London.

Based on previous trailers, we really get a good look at this upcoming future world, and we also get to watch Ehrenreich’s John the Savage stick out in such a clean society. I have to admit, I’m kind of bummed that Ehrenreich isn’t reprising Han Solo any time soon, but he may as well be playing the same kind of gruff character in Brave New World.

Though NBC has become a haven of topnotch comedy, they’ve also delivered some great drama, and Brave New World is looking impressive. Catch it on the launch of Peacock this coming July 15.