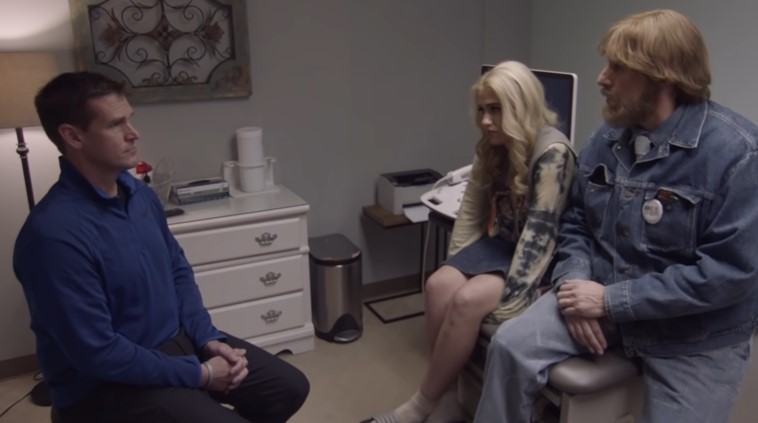 Sacha Baron Cohen’s Borat had offended a generation when it came out back in 2006 and Cohen is once again suiting up as the Kazakh reporter for a sequel set to come out later this month. We should expect more wacky antics from Cohen, and just in we have a new clip of Borat visiting an abortion clinic.

This comes from Variety:

Basically, the clip has Borat and his daughter going to an abortion clinic because his daughter had accidentally swallowed a plastic baby toy. This leads to a misunderstanding when Borat asks the doctor to remove the baby inside his daughter, and he apologizes for being the one to put it inside her.

The joke kind of lacks finesse and I think it would be in character for Borat to casually mention incest, but I guess the film still wants people to root for him, and maybe having him impregnate his own daughter could be going too far.

Talking to The New York Times, Cohen had said about the character:

“In 2005, you needed a character like Borat who was misogynist, racist, anti-Semitic to get people to reveal their inner prejudices. Now those inner prejudices are overt. Racists are proud of being racists… My aim here was not to expose racism and anti-Semitism. The aim is to make people laugh, but we reveal the dangerous slide to authoritarianism.”

Catch Borat Subsequent Moviefilm when it comes out on Amazon Prime Video on Oct. 23.