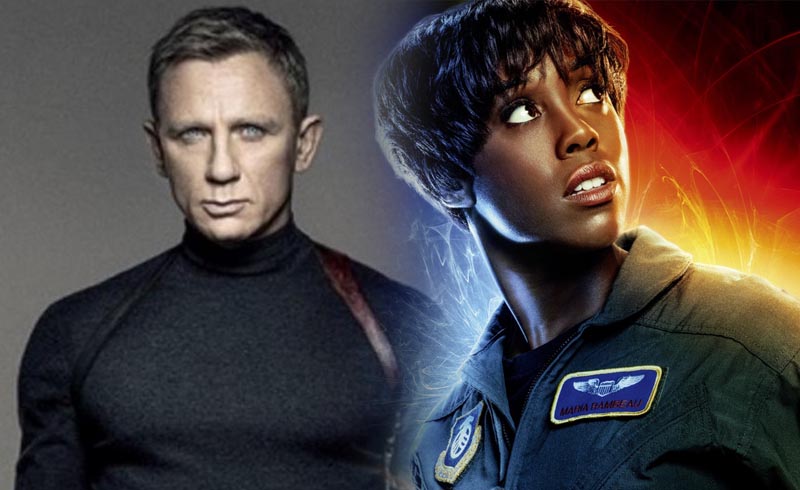 With the internet still arguing about Disney casting a black woman to play Ariel in The Little Mermaid, reports have now come out that Captain Marvel’s Lashana Lynch will be playing the new 007 in Bond 25. Before you get angry over it though, you should understand that she’s not really playing the new Bond.

As per The Daily Mail, Lynch’s character is an MI6 agent who is given the 007 number after Bond retires. Their supposed insider says:

‘There is a pivotal scene at the start of the film where M (Ralph Fiennes) says ‘Come in 007’, and in walks Lashana who is black, beautiful and a woman.

‘It’s a popcorn-dropping moment. Bond is still Bond but he’s been replaced as 007 by this stunning woman.

What’s interesting is, in the new wave of PC culture, writer Phoebe Waller-Bridge (Fleabag) has said that Bond will still pretty much act like himself, despite the character’s questionable treatment of women throughout the years. Waller-Bridge says:

‘There’s been a lot of talk about whether or not Bond is relevant now because of who he is and the way he treats women.

‘I think that’s b******s. I think he’s absolutely relevant now. [The franchise] has just got to grow. It has just got to evolve, and the important thing is that the film treats the women properly. He doesn’t have to. He needs to be true to his character.’

Seeing that this is Craig’s last film as Bond, everyone is expecting him to sendoff the character with a bang. We don’t know who his real replacement is going to be, but hopefully they find someone that everyone could be onboard for.