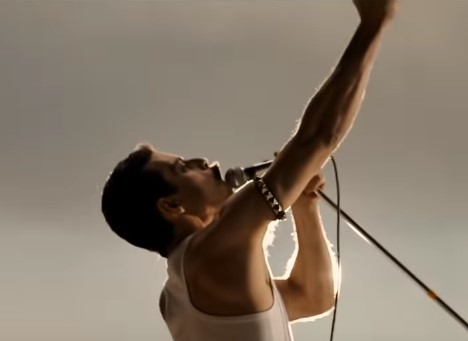 Queen fans rejoice! Bohemian Rhapsody just nabbed the crown for the highest grossing biopic of all time. The movie, which debuted last October, just dethroned 2015’s Straight Outta Compton. Bohemian Rhapsody has earned over $500 million in the box-office with a budget of only $50 million. In comparison, Straight Outta Compton closed with less than half of the earnings at $201 million.

While the movie was a hit in the box-office, Bohemian Rhapsody has received mixed reviews from critics and Queen fans alike. There is no denying Remi Malek aka Freddie Mercury’s acting prowess. However, the criticism lies with the accuracy of the film specifically with Mercury’s personal life.

Variety’s Owen Glieberman explains that while Malek’s performance was laudable, it seems like sensitive topics were not given as much attention as it should have. It seemed superficial and out of touch:

“Rami Malek does a commanding job of channeling Freddie Mercury’s flamboyant rock-god bravura, but Bryan Singer’s middle-of-the-road Queen biopic rarely lives up to the authenticity of its lead performance. The movie treats Freddie’s personal life – his sexual-romantic identity, his loneliness, his reckless adventures in gay leather clubs – with kid-gloves reticence so that even if the film isn’t telling major lies, you don’t feel you’re fully touching the real story either.”

Even Sarina Taylor, Roger Taylor’s wife, has a few choice words for the film. While she expressed her enjoyment, she explains that the movie was a movie. It has a director and several writers that craft a story that is more exciting than the reality:

‘I’ve seen it a couple times,’ she smiled, from a nook in the pop up. ‘Any film you watch is going to be the director and writer’s interpretation. I think they’ve done a good job at creating a great film everyone can go see.’ quipped Sarina.

Malek has since defended the scope of the movie. In an interview with The Hollywood Reporter, the Mr. Robot star explained that Bohemian Rhapsody can only capture a snipped of Mercury’s colorful life. The feature is only two hours long – it couldn’t possibly encompass every monumental event in the legend’s life:

“They would love to deliver the entire Freddie Mercury story, but we have two hours. And in those two hours I know that those men want to celebrate Freddie’s life, and there was definitely a cognizant effort not to make this a hedonistic, salacious film. I think we all would have loved to show more of Freddie’s relationship with Jim [Hutton] toward the end of his life. That relationship is absolutely gorgeous, and if I had it my way, boy, would I love to tack on another hour to this film and fill in a few gaps. It’s never going to be perfect in fulfilling the story of a man who we could make countless documentaries about and countless miniseries about.”