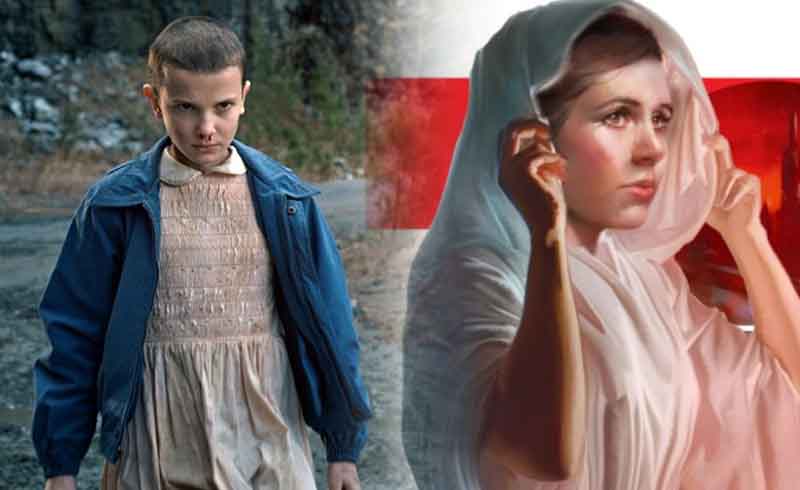 Fans are currently enjoying Millie Bobby Brown’s return as Eleven in Stranger Things, but with the series set to end in a few years, word has it that Brown now has her eyes set on a galaxy far far away.

According to Mirror, Brown is currently in ‘secret talks’ to appear in an upcoming Star Wars project. There aren’t any specific projects named, but they say that Brown is definitely under Disney’s radar, and they write, “She’s had contact with [Lucasfilm President Kathleen Kennedy], who is aware of her desire to feature in a movie or play a central role in one of the new TV projects for Disney Plus.”

Brown isn’t shy about her interest in Star Wars either. Back in 2018, she had gone as Princess Leia for Halloween alongside co-actress Sadie Sink who dressed up as Rey. There are even DeepFakes of Brown online with her face put on Princess Leia’s and they a surprisingly uncanny.

millie bobby brown as princess leia DO U SEE THE VISION pic.twitter.com/XIA1Ue4sv2

With Disney recently leaning in on reviving actors with CGI though, it’s likely Brown could be a cast in a completely new role, but I wouldn’t mind if they decided to give us more of young Leia, especially since she’s pretty fun in the Kenobi series. Who knows, maybe they can give Leia her own series—and they should bring in a young Amilyn Holdo from The Last Jedi.

Brown hasn’t been officially announced for Star Wars, but you can catch her in Stranger Things which returns this July 1.