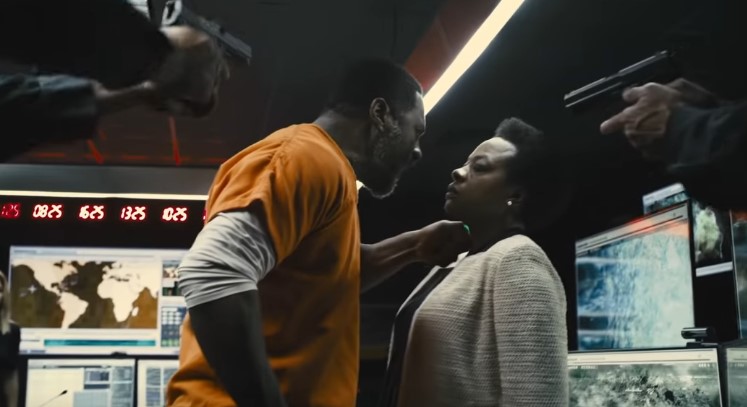 June is almost ending, and we’re getting closer to the release of The Suicide Squad this August. As teased by Gunn, there’s a new trailer out for the film, and it showcases a lot of the new characters (and teases the gigantic villain Starro).

Check out the new Suicide Squad trailer down here:

First off, we get Idris Elba’s Bloodsport front and center. While it was believed that this character was originally Deadshot, we do have some changed elements—most uniquely his reason for being put in prison. He still has a daughter like Deadshot, but it looks like their dynamic is different. I wouldn’t put it past Gunn to want to tug on that daughter string when Deadshot was still an option for the film. Either way, it does open up the franchise for a Will Smith return, and that isn’t so bad.

Besides that, we have confirmation that the Squad is forming up to go against Starro a.k.a. The Conqueror. While previous trailers made it look like Starro was some kind of side effect to some cartel/gangster mission, it looks like he’s going to be the (literal) star of the show.

For now, buzz for The Suicide Squad is admittedly low, and the trailer hasn’t even managed to crack a million views a day within release. Whether this is just bad marketing on WB’s part or a message from the angry fans about #RestoreTheSnyderVerse, they better do something to boost interest for the release of The Suicide Squad.

Catch the film on HBO Max and theaters on Aug. 6.