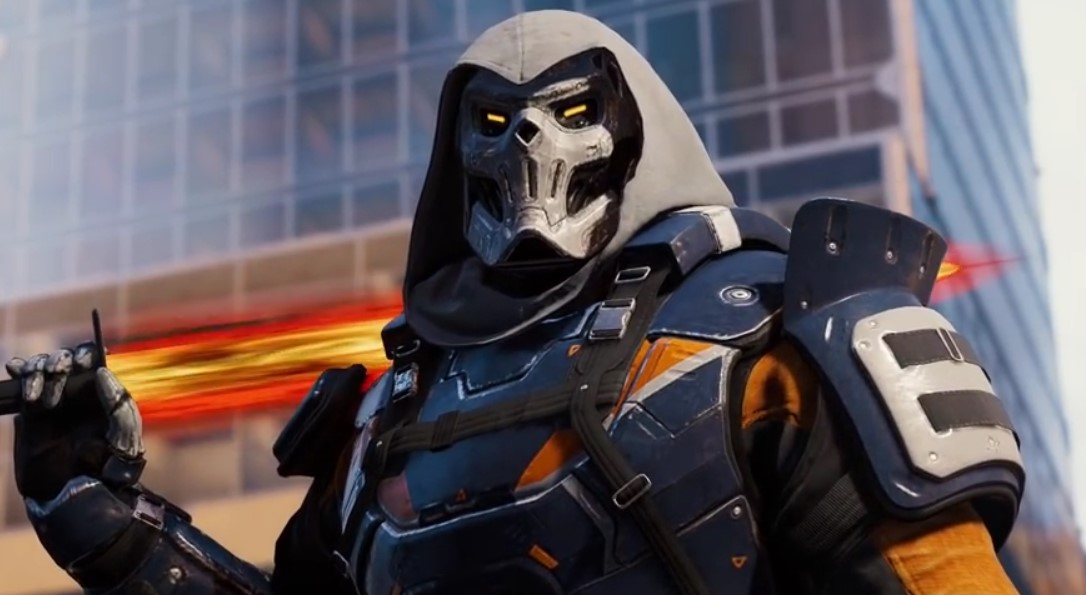 Kevin Feige may not admit that the Black Widow movie is already in production, but the evidence is overwhelming what with the leaks online. We don’t have an official announcement on who the villain for the movie will be, but some set photos have come out online of a costumed character, and everyone thinks this is the MCU’s version of Taskmaster.

With Taskmaster’s color scheme famously being black and white in the comics, it’s kind of weird seeing him in purple. His face also isn’t a skull, which is one of the signature elements of his look in the comics. Then again, he does have that hood, and maybe the skull would be visible if we got a better quality photo.

With what we have for now, all we can really do is guess.

In the comics, Taskmaster was a mercenary with a special skill of mimicking any hand-to-hand combat style he can see. I don’t really know if Marvel has any plans of making him more special in this film, but hopefully director Cate Shortland has something interesting in mind. At best, he’s just another supervillain with a suit—much like Crossbones, or Winter Soldier, or whoever Idris Elba was playing in that Hobbs and Shaw movie.

The Black Widow film has not been officially announced, but with SDCC 2019 coming later in July, a lot speculate that the reveal will be there. I think it’s too early to hope for a teaser, but maybe we can at least get a release date.

No release date has been announced for Black Widow, but fans are hoping for a 2020 slate.