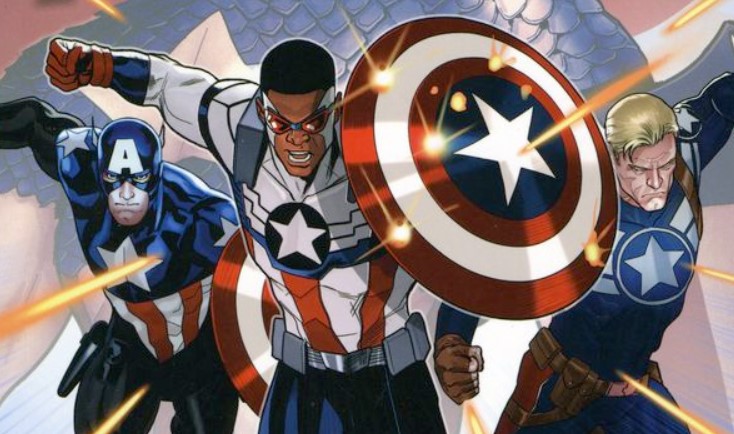 Avengers: Endgame ended with Steve Rogers handing passing the Captain America torch over to Sam Wilson, and a lot of people were excited thinking about when Anthony Mackie would make his debut as the new Cap. What’s interesting is, his debut would have taken place in Spider-Man: Far from Home.

“We briefly talked about bringing in Falcon as Captain America at the end, like maybe once Peter’s arced, and he’s sort of like leading the team, like maybe he calls in a favor… But we also thought it was really important to the arc of this movie that there not be other Avengers available to Nick Fury or Peter, so he’d have to step up and do it himself.”

With Spider-Man basically being the rookie of the Avengers, Kevin Feige says that Far from Home is kind of Peter “getting out of the shadow” of the other heroes. Though he may have stopped the Vulture on his own in Homecoming, he’s still kind of Iron Man’s wing. Now with Tony Stark gone, and no Avengers to call upon, Peter will have to look to himself to become his own hero—and I think that’s a great way to push forward.

As for Mackie’s Captain America, a lot of people were speculating he would come into the character with Disney+’s Falcon and The Winter Soldier series. I guess we can’t fully depend on an introduction from a series though. If we’re getting a new Captain America, I think he should be introduced in the big screen to make sure everyone gets the picture.

For now, catch Spider-Man: Far from Home when it hits theaters July 2.