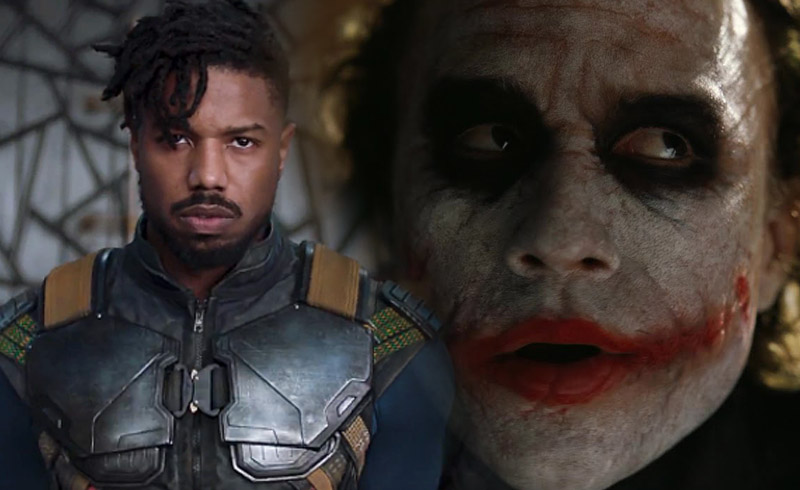 Though a lot of hype is building up towards the release of Avengers: Infinity War next May, a lot of fans are also looking forward to the Black Panther movie coming out in February. Michael B. Jordan, who plays Erik Killmonger in the film, opens up about his inspirations for the role, and one of them is Heath Ledger’s Joker from The Dark Knight.

Talking to Empire (via We Got This Covered), Jordan said:

“You see performances as an actor, and as a fan – you look at Heath Ledger’s performance, say, in The Dark Knight, and it’s like, ‘Wow’. I want to try to get something like that. You want Michael Fassbender’s Magneto. Just trying to find my place amongst those roles, and strive for that, even if I don’t make it.”

It’s no mystery that despite its 10-year run, only recently has the MCU been able to bring us some memorable villains. Sure there has been Loki and Obadiah Stane, but what about Malekith, Abomination, and Yellow Jacket? Don’t even get me started on how underutilized Mads Mikkelsen was in Doctor Strange.

Hopefully, with Black Panther, Marvel has (finally) learned its lesson. The year brought us some memorable villains in the form of Ego the Living Planet and The Vulture, and though I loved every scene Hela was in in Thor: Ragnarok, I can’t help but feel she could have done more.

And for more Marvel goodness be sure to check out Design By Humans.