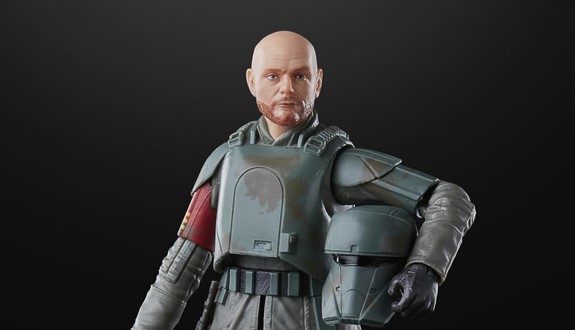 Comedian Bill Burr was never a fan of Star Wars, and he’s been poking fun at the franchise for years before he was cast as Migs Mayfeld in the first season of The Mandalorian. The funny thing is, Mayfeld was a breakout character for fans, and now he’s getting his own action figure courtesy of Hasbro’s Star Wars the Black Series.

Burr had pointed out before that his casting in Star Wars was a piece of meta humor on Jon Favreau’s part; but despite its comic origins, the  character of Mayfeld was actually given quite the backstory in the second season of Mando, and a lot of fans have praised Burr’s shockingly grounded portrayal of an ex-Imperial mercenary.

People love to watch Burr rant about several other things online, but I’m curious as to his take of getting his own action figure in a franchise that he famously didn’t care for.  As of now, a lot of fans are hoping for his return to Star Wars; if not for The Mandalorian, maybe another spinoff series.

Fans were so sure Burr would have been a recurring character in the announced Rangers of the New Republic, but after the whole Gina Carano fiasco, it’s possible that the show has been halted until they can find a different approach that doesn’t include Cara Dune. Maybe we could catch up with his Imperial days in The Book of Boba Fett?

You can catch Burr’s performance as Mayfeld in The Mandalorian now available on Disney+.