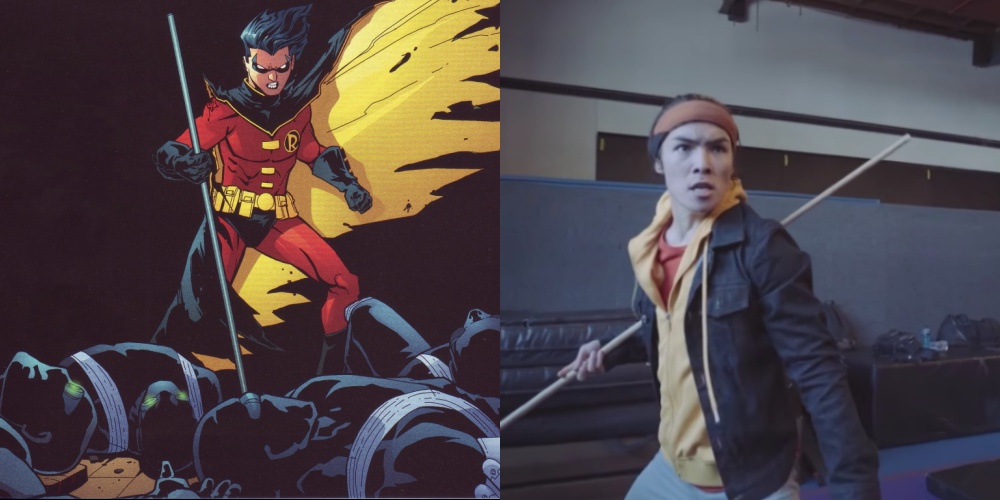 The Hiro Hamada actor from Big Hero 6, Ryan Potter, has made his desire to play Tim Drake’s Red Robin very well known. Recently, he revealed his interest in portraying the character alongside Ben Affleck’s Batman in the DCEU. Now Potter has put his bo staff where his mouth is by creating a fantastic concept video, showcasing his martial arts expertise. In the video, he performs effortlessly with and without the third Robin’s weapon of choice. Potter then closes with a personal message to Ben Affleck himself.

If Robin isn’t in the solo Batman script, let’s imagine Affleck and Geoff Johns scrambling to get him in after seeing this. It wouldn’t have to be anything major, just enough to get fans excited about an extended role in the future. Perhaps something similar to the Robin rooftop scene in Batman: Arkham City could work? Bats could similarly shoo him away, as long as we get a glimpse of Tim saving the day… knight.

Interestingly, Potter makes reference to an exchange in the comics between the Bat and Tim. “Batman needs a Robin” echoes an instance after Jason Todd’s death where Tim confronts the Dark Knight about his wanting to be the next Robin.

Jason Todd’s confirmed to have been killed years prior to the events of Batman v Superman. While there’s uncertainty surrounding his death amongst fans, Batman is sure of the specifics and it’s turned him brutal. In Justice League, we’ll witness the Bat return to his non-lethal approach. It would be nice to see another change of heart, as well. He’ll already be assembling a team; one more kid on the homefront couldn’t hurt. Plus, wouldn’t it be amazing to see this Batman training a sidekick?

Since we’re on the topic, here’s to hoping we don’t wind up getting a Robin, Cyborg, and Deathstroke, while Nightwing remains in the not-getting-any-cinematic-love-zone. Seriously, Dick Grayson deserves another shot and a better chance. Besides, one bad go shouldn’t plague the character forever.