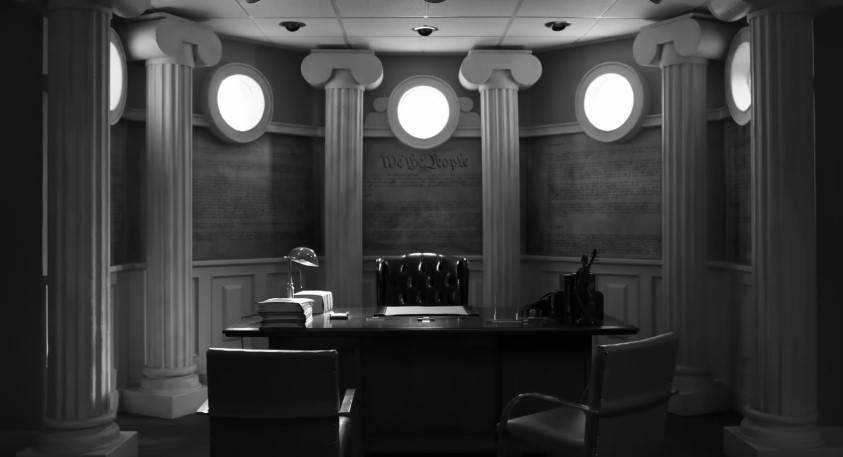 After the release of the second half of Stranger Things Season 4, TV fans are now gearing up for the final half-season of one of the most celebrated spinoff shows out there—Better Call Saul. The series is set to come back next week, and we have a new trailer saying good-bye to some familiar locales in the Breaking Bad universe.

Watch the trailer for Better Call Saul season 6B down here:

While a lot of the places are familiar from Saul’s office to Los Pollos Hermanos, we also come back to Saul’s mansion from the beginning of the season, but this time, we actually get to see Saul living in it.

There are actually a lot of questions people have about the mansion, with theories flying around everywhere. Some guess that the mansion is just another façade that Jimmy has created to make the Saul Goodman character feel more believable. Other people speculate that Kim Wexler has actually been behind-the-scenes this whole time and that she’s been the true mastermind to the Saul Goodman persona.

For now, all crumbs lead to the death of Kim Wexler, but fans are hoping that Vince Gilligan and Peter Gould have something else planned for her. While death does make sense, you’d think that the showrunners have something less predictable in mind. I mean, there are also other fates worse than dying.

Hopefully there’s more to this Breaking Bad universe in the future, but for now, we’ll have to say good-bye to some fan-favorites with this final season. Maybe there’s another spinoff down the line, but I’m sure it will have to focus on a completely new character. Then again, that’s just me speculating.