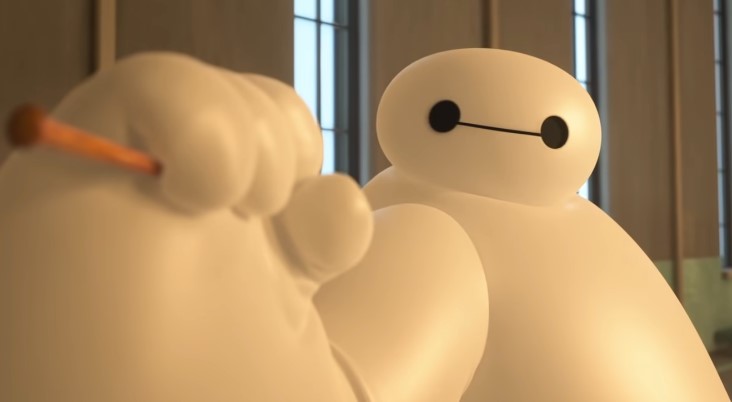 Disney never did give us a sequel to Big Hero 6, but they are giving us a spinoff series called Baymax! which focuses on BH6’s robot mascot Baymax. The show is set to premiere on Disney+ this June, and we have a new teaser showcasing Bayman’s not-so-super adventures in the city of San Fransokyo.

Watch the Baymax trailer down here:

The all-new series of healthcare capers returns to the fantastical city of San Fransokyo where the affable, inflatable, inimitable healthcare companion robot, Baymax, sets out to do what he was programmed to do: help others.

The series is only set to run for six episodes, and will have Baymax attempting to help anyone who he sees has been physically injured. Series creator Don Hall had this to say about the spinoff:

“In each of our six episodes, Baymax just wants to help someone—and a lot of times they don’t want to be helped. He sets out to fix a physical issue that he’s identified, and in the process, gets to a deeper, more emotional place and can be almost transformative in that role.”

For a series, I wasn’t really expecting the show to have the same level of animation as the film, but I guess this opens Disney up for more experimental approaches in the future when it comes to their spinoffs. Each episode actually has different directors behind the helm, so it’s going to be fun to watch each of their takes when it comes to this inflatable robot nurse.

Could we get a Big Hero 6 sequel eventually? I guess we’ll just have to wait and see. In the meantime, Baymax! starts streaming on Disney+ on June 29.