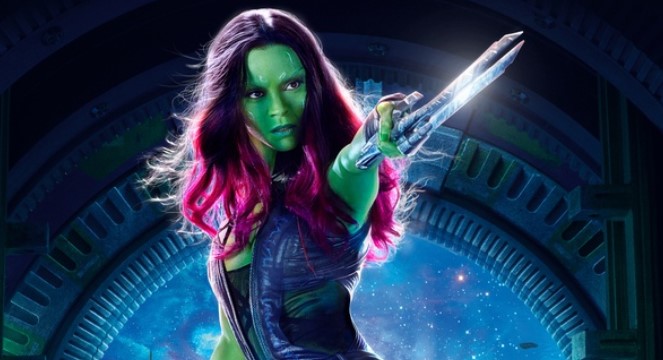 Marvel Studios is gearing up for the home release of Avengers: Endgame and special BTS features are coming out here and there online. Thanks to USA Today, we have a deleted scene where every one of the heroes takes a knee after the death of Tony Stark, but one character managed to grasp the attention of the internet: Gamora.

While we see everyone from Quill to Strange paying their respects, we see Gamora take a look and seemingly walk away. Since this is 2014 Gamora, it would make sense that she doesn’t know anything about Stark, but what everyone’s big takeaway from this is—Gamora survived the second Snap.

In the end of the movie, we have Quill and the other Guardians (along with Thor) trying to look for Gamora, so at least we have hope that she’ll be back for Guardians of the Galaxy Vol. 3. Then again, maybe they did leave this scene out to purposefully make Gamora’s survival ambiguous to the audience.

Personally I’m not that big of a fan of the scene with Gamora. I mean, I understand the sentiment, but it does feel kind of campy. Maybe the Russos felt the same when they cut it from the movie as well. Either way, we can watch it now, and hopefully we get some more special features when the Avengers: Endgame home release comes out.

Adrift in space with no food or water, Tony Stark sends a message to Pepper Potts as his oxygen supply starts to dwindle. Meanwhile, the remaining Avengers — Thor, Black Widow, Captain America and Bruce Banner — must figure out a way to bring back their vanquished allies for an epic showdown with Thanos — the evil demigod who decimated the planet and the universe.

Avengers: Endgame is set to hit digital July 30, but you can catch it on DVD/Blu-Ray on Aug. 13.