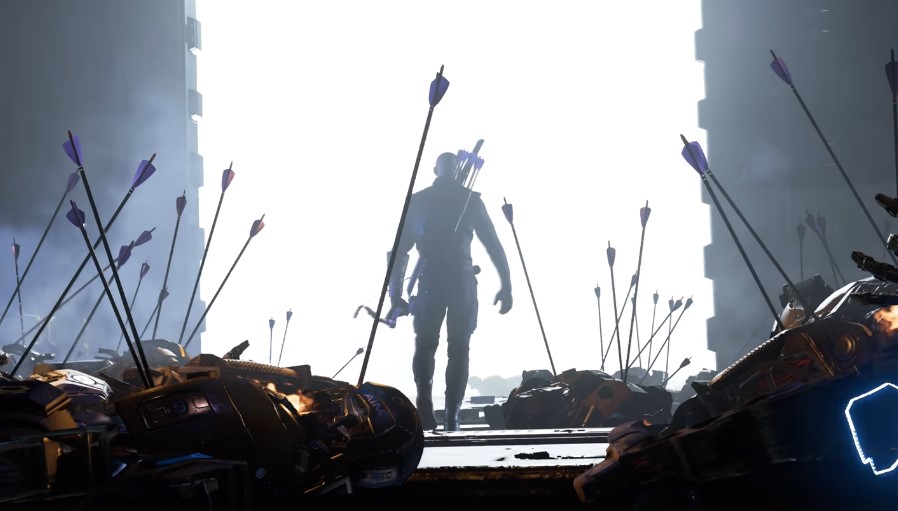 Though Square Enix’s Avengers lets you play most of the core Avengers team from Captain America to the Hulk, one hero that surprisingly absent from the roster was Clint Barton /Hawkeye. The good news is, Clint is actually coming to the game, but it will be in the form of DLC.

During the recent ‘war table’ for Avengers: A-Day, it’s been revealed by a teaser that Hawkeye will be a DLC character. Check him out:

We don’t know how Hawkeye plays yet, but seeing as he’s going to be using a bow-and-arrow, I have a feeling that he’s going to play out pretty much like Aloy from Horizon Zero Dawn. Then again, Hawkeye is known to have a variety of trick-arrows, so you can imagine he also comes with ranged attacks and other kinds of gadgets.

This is also something else I’ve observed, but Hawkeye kind of looks like Starkiller from the Force Unleashed video games. I have to say, it’s a pretty slick look that sets him apart from his movie appearance, but I’m sure there will also be options to dress him in other gear including his classic comic outfit in the Avengers vidoegame.

With a release set for September, Square is actually giving fans the chance to try out the BETA later this month. You can actually pre-load it come Aug. 20 then you can have the full weekend to get try out the game from Aug. 21–23.