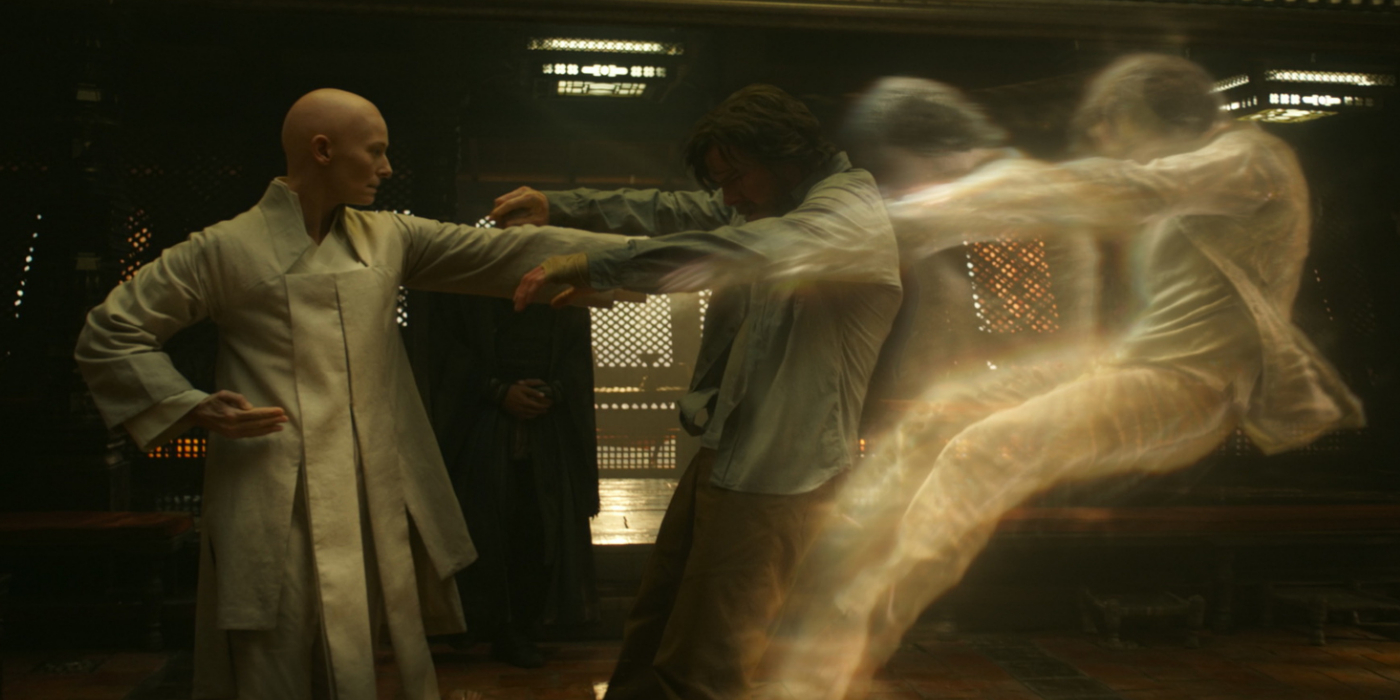 It was recently revealed that Frank Grillo was making a return in Avengers 4 as Crossbones, but there is someone else unexpected that we never thought would make an appearance in the MCU again—Tilda Swinton’s Ancient One.

Executive producer Michael Grillo revealed during a panel at the Austin Film Festival (via SuperBroMovies) that Doctor Strange’s mentor was going to make an appearance, but it may only be for a short while. Grillo explained, “when we got Tilda Swinton, she was just a 1-day availability.”

With the Ancient One dying in Doctor Strange, some speculate that Strange will meet her in the afterlife, and she will help him find a way to communicate back to the Avengers. Of course, with the time-travel element of the film, she could just be alive during that time when the Avengers go back.

If anything, I prefer her return to be something more mystical as compared to just a time-travel convenience. Maybe she could meet Strange in the past, and this will lead her to taking him on as a student in the future? What if the Avengers do change the course of time and end up salvaging Mads Mikkelsen’s character so they can use him better in a future movie?

With Infinity War coming up with some major consequences, I hope Avengers 4 will actually have some form of repercussion. After ten years of movies, the audience has already gotten familiar with Marvel’s consequence-free universe where no one seems to die and everyone is alright by the end. Hopefully Thanos’ snap isn’t reversed mere minutes after he does it.