This is seriously not a joke. Did you think Ubisoft jumped mediums and changed their controversial business strategies? Were you convinced that after finally seeing the writing on the wall and skipping a yearly Assassin’s Creed release that they were on the path to redemption? No, not Ubi. Not yet. AC will still have them raking in millions of dollars this holiday season, and they couldn’t possibly miss an opportunity to bring pre-orders into the mix. Yes, in typical Ubisoft fashion, a tier system involved.

Pre-orders are available on Kernel. The lowest tier will run you $15 and get you a movie ticked (that’s shocking) and a digital script. A few of the tiers are limited; for instance, if you want the $40 tier — which will net you a shirt, ticket, digital script, and a watch — you better act fast. The highest end costs $1,200 and will get you a replica of a Spanish Crossbow from the UbiWorkshop. 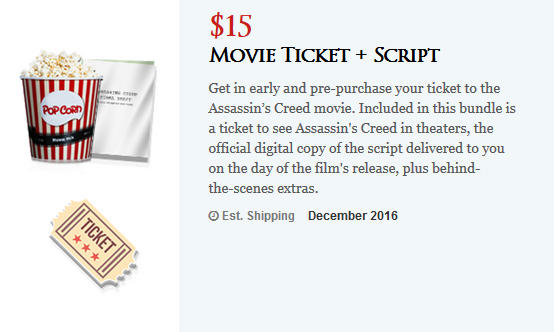 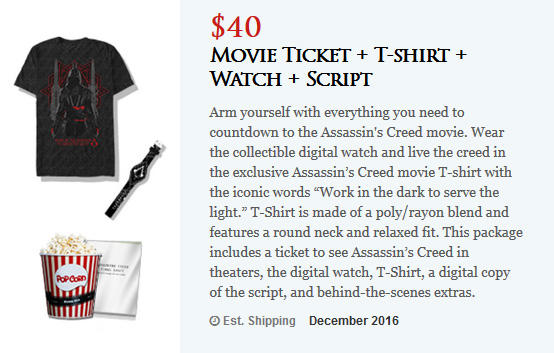 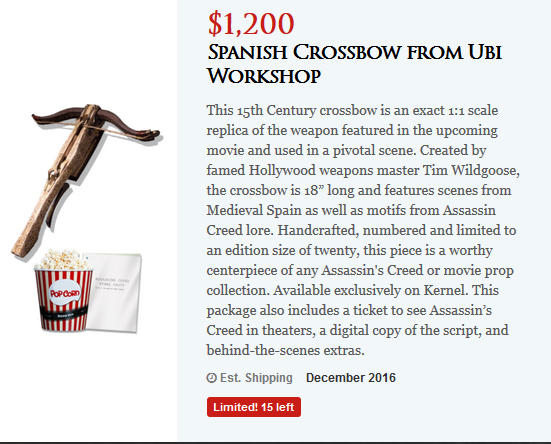 According to Kernel, the items will be rolled out on an availability basis, which means you probably won’t see all of your items until after the film is released. So what’s next? Will we be asked to sync our Uplay accounts upon entering the theater? Should we expect to see deleted scenes later released like DLC at $15 a pop? Perhaps, the film will release with a glitch of some kind, and have to be re-released days later for the optimal experience. Or maybe, Fassbender will try to climb a wall and run up it a half-dozen times, before finally realizing that it wasn’t what he wanted to do.

Jokes aside, the film looks relatively promising. The trailer, which you can see below, is pretty good. But concern is still in the air, especially since it’s been revealed the movie is set mostly in the present day. Something that not even Nolan North could keep players from losing interest in during his stint in the series. Assassin’s Creed hits theaters on December 21.

News
An Assassin’s Creed TV Show is in the Works