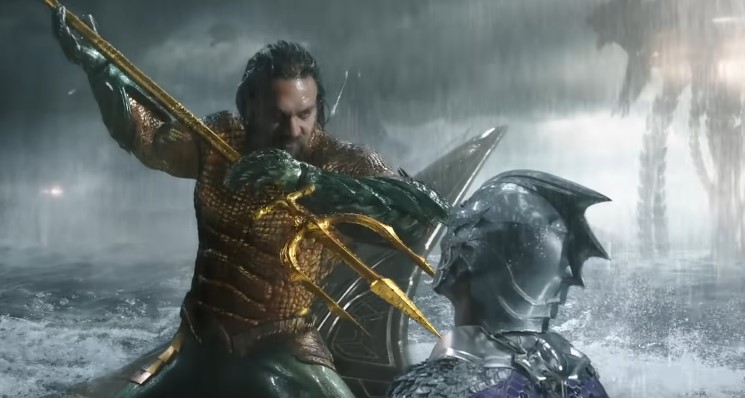 It’s been more than three years since Aquaman hit theaters, but Arthur Curry is set to grace the screens once again with Aquaman and the Lost Kingdom this December. Just in, director James Wan has shared that the sequel has wrapped, and we have a photo of step-brothers Arthur (Jason Momoa) and Orm (Patrick Wilson) sharing a shower together.

No official synopsis has been revealed for Lost Kingdom yet, but some suspect that Black Manta (Yahya Abdul-Mateen II), a secondary villain in the first film, is going to be taking the main stage for the sequel; and maybe this time, Arthur might actually lose his hand—just like he did in the comics.

We don’t know what “The Lost Kingdom” will be, but some suspect that it will have something to do with the first movie’s “Trench”. Though Aquaman may be a standard superhero film, a lot of people consider the Trench sequence to be Wan tapping into his horror roots—and no doubt he could very well be upping the ante when it comes to the sequel.

Though Aquaman is released now, a lot of people remember the long wait it took before they actually got a look at the film. With the first movie being very CG-heavy, I can’t help but think that Wan is alluding to the same thing when he puts, “I have a very long way to go before it will be ready,” in the caption.

Aquaman and the Lost Kingdom hits theaters on Dec. 16.