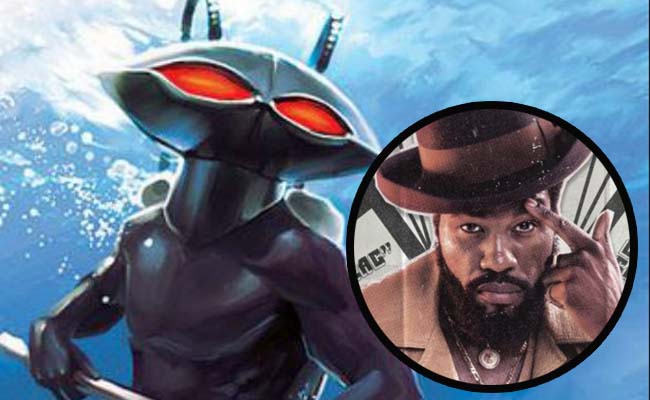 Aquaman is the only DCEU movie set to come out this year, but marketing material for the film has admittedly been very sparse. We had a teaser last month of the Black Manta helmet, but thanks to some figures, we actually have an idea of what he looks like in the full suit–and it looks amazing.

Take note, multiple news sites have taken their images down as per request of Warner Bros, but so far, the images are still being rampantly posted around on Twitter.

It’s worth noting that the Aquaman figure actually puts Jason Momoa in the classic orange and green suit. He’s even wielding the signature trident (in Justice League, it’s emphasized that the weapon Aquaman is wielding is a quindent, and it’s owned by Mera).

Though we have yet to get our first teasers for the movie, a lot of reveals are being promised to us come the San Diego Comic-Con later this month. Besides Aquaman, we’re sure to get our first official look at Shazam! and possibly more upcoming DCEU projects.

The DCEU had to do some serious course correction after Justice League, and DC Films has even found a new head in the form of producer Walter Hamada. Hopefully Hamada has figured out a solid plan for the DC films moving forward, so we can get out of the mess that the DCEU find itself currently in.