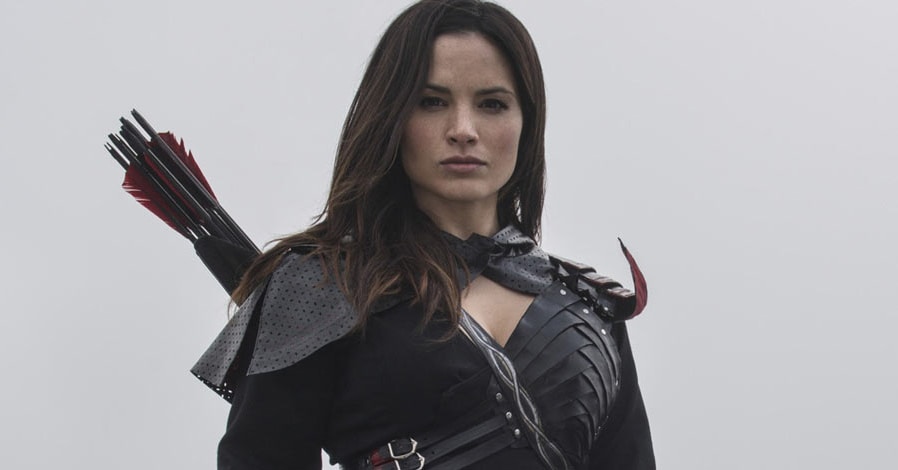 Katrina Law’s Nyssa al Ghul has been missed in the Arrow fold, as of late. The character made her first appearance on the show in Season 2, as she was introduced as Sara’s savior, trainer, and former lover. Fortunately, Nyssa’s been brought back frequently since then, recurring for much of the League-focused story arcs. However, she’s yet to appear in Season 5. After disbanding the League of Assassins in Season 4, it’s no wonder the character’s been absent. But with Talia al Ghul set to make her first adult appearance on the show, fans are wondering if an al Ghul reunion is on the cards. There are a lot of variables to consider, but Law says she’s hopeful.

Talking to CinemaBlend, Law revealed that there have been talks of the al Ghul sisters appearing on screen together. For now, though, it seems as if it may just be talk.

“There’s always talk. Whether or not those talks will ever come to fruition is another matter, but I would love to have a reunion with Talia. I just think having the two sisters either fight side by side together or fight with each other would be epic either way. And then if we could somehow do some sort of flashback with Ra’s al Ghul coming in as well… Let’s petition to make that happen.”

One factor that may keep Nyssa and Talia apart is Katrina Law’s work on CBS‘ Training Day series. The actress had a tough run filming the show’s first season. That in mind, it may be difficult for her to squeeze shooting Arrow into her schedule. But if she’s willing to be optimistic about the possibility, so too are we.

“We shall see. I don’t know. It was a pretty brutal shooting schedule in the first season, so I’m probably going to have to lean towards ‘no,’ but I’m always hopeful and optimistic.”

Talia is set to appear once Arrow returns Wednesday, January 25. You can catch more Katrina Law on Training Day when it premieres Tuesday, February 2 on CBS.