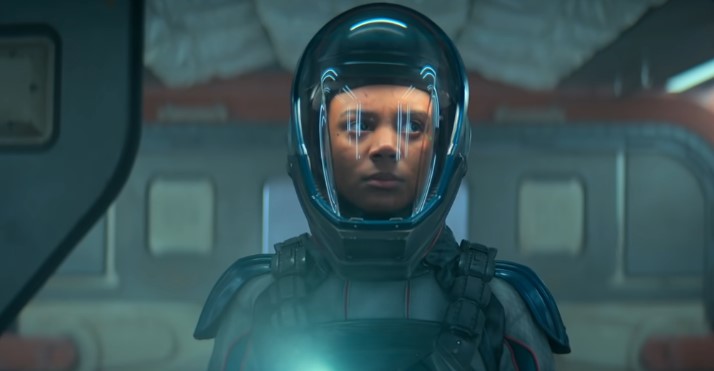 October may see the release of Denis Villenueve’s Dune on HBO Max, but Apple is going to be premiering their adaptation of a sci-fi classic later this month.

Just in, we have a first inside look at Foundation, an adaptation of Isaac Asimov’s acclaimed science fiction series. Watch this:

Here’s the official description of the series:

Based on the award-winning novels by Isaac Asimov, Foundation chronicles a band of exiles on their monumental journey to save humanity and rebuild civilization amid the fall of the Galactic Empire.

Though a tad more complicated, the influences of Foundation can be found sprinkled around modern science fiction. Before the Galactic Empire had Darth Vader and Death Stars, they were the governing system in this story.

Personally I’m excited to watch Jared Harris’ take on Hari Seldon in this series. In Foundation, Seldon is a mathematician who develops psychohistory, an algorithmic science that can predict the future. If you’ve watched Chernobyl, you’ll know that Harris can play troubled scientists who are ignored by his government officials before it’s too late.

I also have to commend Lee Pace in this special look. After The Hobbit and Guardians of the Galaxy, he’s proven to be able to pull off an ethereal presence on the screen.

Which science fiction classic will dominate the news cycle in October? Villenueve’s Dune, or Goyer’s Foundation?

Catch Foundation when it premieres on Apple TV this Sept. 24.