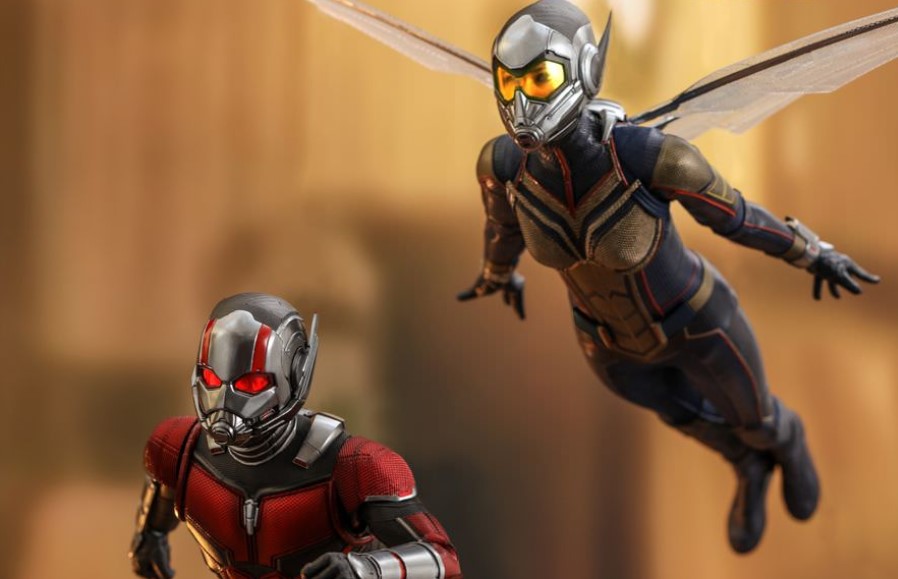 After meeting a version of Kang the Conqueror at the end of Loki, fans are ready to meet the real deal with Ant-Man and the Wasp: Quantumania. Good news is, the movie has officially wrapped, and it will be a matter of time before we get a look at our first teaser.

Principal photography on ANT-MAN AND THE WASP: QUANTUMANIA is now complete! Can’t wait to show you all what we’ve been up to…

We don’t know if that’s a regular-sized Wasp riding on a Giant-Man or a small Wasp on a regular Ant-Man, but it should be a hint of what kind of action to expect in the film. While the size-changing gimmick makes for some fun heist mechanics, the Ant-Man films have also made for some creative action sequences.

With the Quantum Realm being accessed in Endgame, we’re only scratching the surface of what could be possible with the third film. Thanos was able to create so much mayhem just jumping into one point in the timeline, imagine how dangerous Kang would be, having complete mastery of time? And the only one to stop him is Scott Lang and Hope Van Dyne?

How is this not an Avengers-level threat again?

Ant-Man has admittedly been the underdog of the MCU films, but with Kang being one of the more iconic villains from the comics, this could be a chance for Scott and Hope to prove themselves; and maybe even pass on the torch to one Cassie Lang.

Catch Ant-Man and the Wasp: Quantumania when it releases on July 28, 2023.