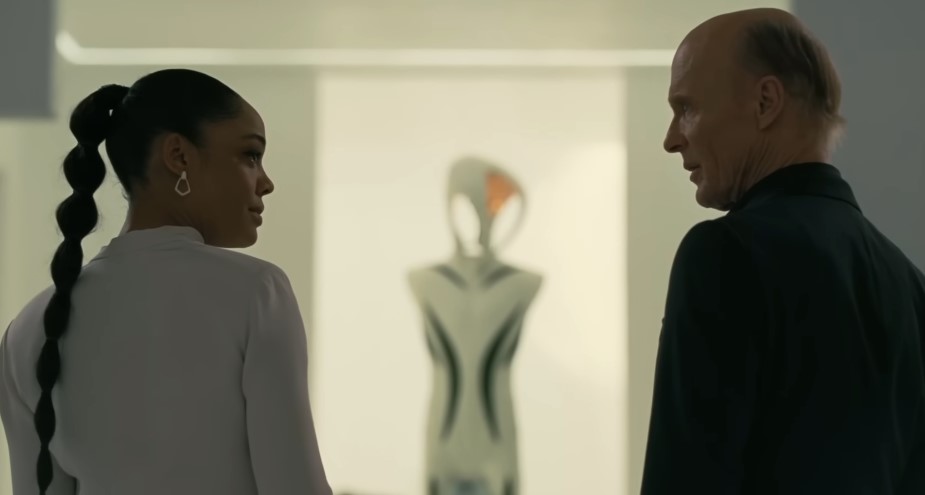 HBO has always prided itself with some very intellectual content—and none can get as analytical as Jonathan Nolan and Lisa Joy’s Westworld. The show is set to return with its fourth season, and we have a new trailer bringing us the return of new and old characters.

Check the trailer for Westworld‘s newest season out here:

With the show not being shy with trying to be obscure about their plot, we have a preview that barely gives anything away about the story. It’s unclear if William has died in the series, but it looks like he’ll be having a taste of his own medicine this time around—being controlled by “Charlores”. We also see that characters like Bernard and Caleb have their own kind of arcs to follow; and its possible that Maeve has once again found herself in one of the parks.

I do have a question about the structure at 0:50 because it looks pretty much like the Millennium Clock that we see in HBO’s Watchmen series. I doubt it has any machinery that’s made to entrap a quantum being like Doctor Manhattan though.

We don’t know how long HBO plans to run Westworld, but I think the series has been pretty consistent so far when it comes to quality. Hopefully it will be able to complete its story—unlike another cool sci-fi property, Raised by Wolves, which HBO recently cancelled.