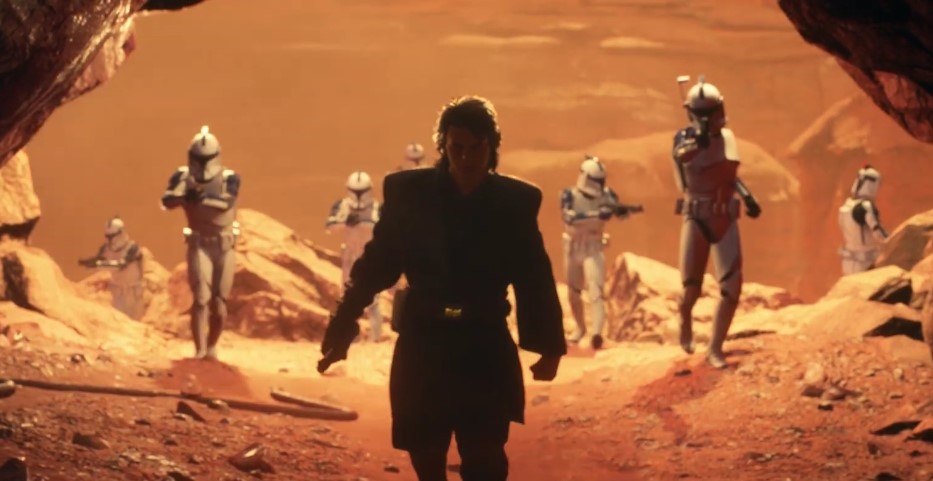 Next week will see the ‘Chosen One’ Update arrive to Star Wars Battlefront II, and it will bring to the battlefield a young Jedi by the name of Anakin Skywalker. While we don’t have a full community transmission of Anakin’s abilities coming to the game yet, DICE has dropped this neat teaser for him.

Anakin is being teased as one of the strongest heroes to come to the game, and this comes as good news for the Light Side seeing as they’ve been overpowered by the villains since the latest update. Hopefully his arrival will start to even things out with the matches. Then again, we should expect a couple more tweaks to the character once he goes live.

The update will also come with a bunch of new skins for the clone troopers—most particularly for the 501st legion. To those who don’t know who the 501st are, they’re a special battalion that worked under Anakin Skywalker during the Clone Wars, and they’ve also been ominously nicknamed Vader’s Fist during the time of the Empire.

Disappointingly, the new game mode that was promised since last year has been delayed to March. DICE has said that they needed more time to work out the kinks of the new game mode, and judging by how much hype is surrounding it, I think DICE is trying their best to avoid any more missteps since the launch.

The next update comes Feb. 27. Star Wars Battlefront II is now playable for Xbox One, PS4, and PC.