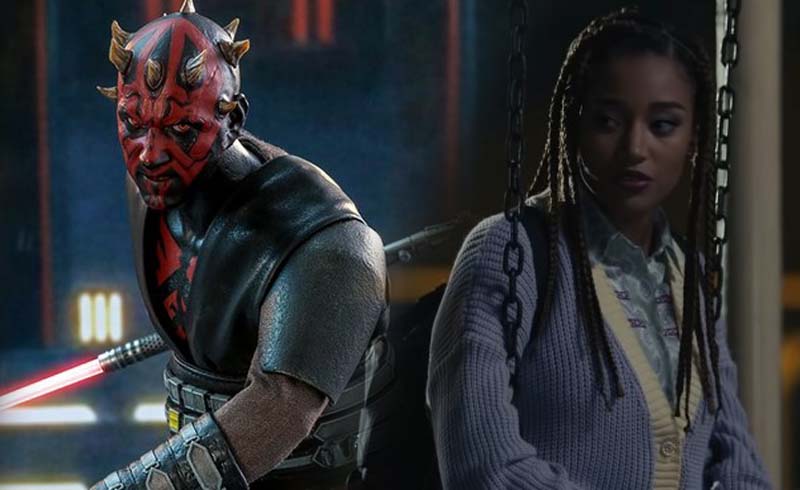 While Lucasfilm is working on shows that focus on established characters like Ahsoka, The Book of Boba Fett, and Obi-Wan Kenobi, Russian Doll producer Leslye Headland is set to make her own series called The Acolyte. We don’t know much about the plot of the show, but word has come out that Disney has found someone to star.

According to The Illuminerdi, Amandla Stenberg (The Hate U Give, Dear Evan Hansen) is currently in talks to be the star of Acolyte. While we don’t have an official breakdown of the plot yet, some speculate that the story could deal with the rise of the Sith around the time of the High Republic era.

In Legends, there is a whole bunch of lore surrounding the rise of the Sith like their war with the Jedi and the establishment of the “Rule of Two”. With the Jedi being the main focus of the series ever since the main film, it would be interesting to explore the Dark Side of things this time around, and see if there’s more to them than just red lightsabers and space goths.

Like I said, Lucasfilm for now seems to be focused on pumping out content for people that are already fans of Star Wars, that’s why we get series focused on characters we all know in a timeline where everything is pretty much set. While Acolyte is being touted as a prequel, I would very much love to continue with the Sequel era and find out where the story of the galaxy goes after the defeat of the Final Order.

No release date has been set for The Acolyte, but you can catch The Book of Boba Fett which is set to premiere on Disney+ on Dec. 29.